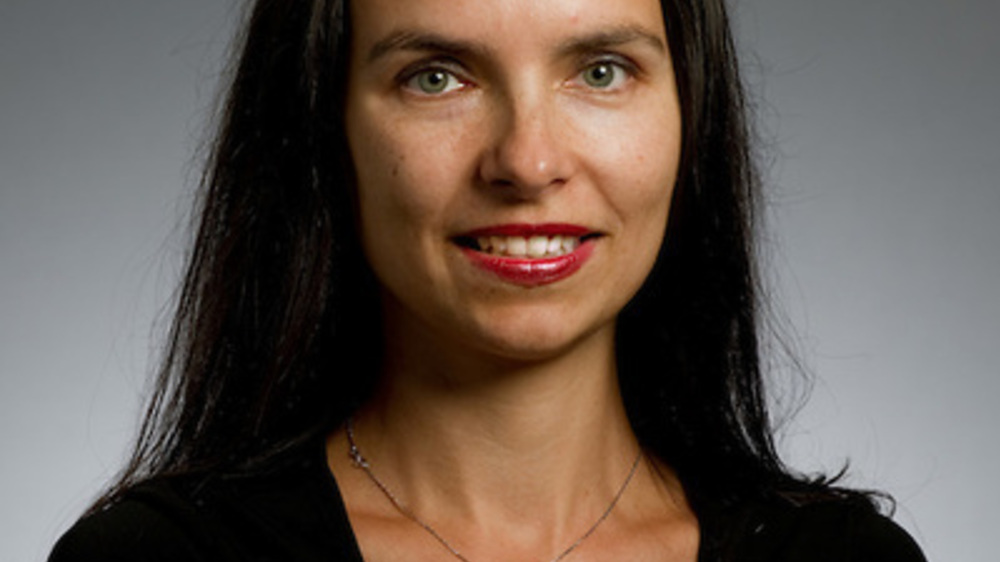 With support from the Institute for Scholarship in the Liberal Arts, Notre Dame political scientist Emilia Justyna Powell is researching relationships between Muslims and non-Muslims in smaller American cities.

For her new project, Powell has turned her focus to Muslim communities in smaller cities throughout the United States. “Research shows that Islamophobia has negatively affected the health — both physical and mental — of many American Muslims,” Powell states. Her current research seeks to better understand the roots of Islamophobia throughout the U.S. and to examine if American Muslims tend to perceive the U.S. legal system or Islamic law as “a more adequate source of reconciliation and healing.”

Funded by an ISLA “A Time to Heal” Research-Themed Grant, Powell traveled to Iowa and Florida to meet with Muslim communities during the fall and winter of 2021. In Cedar Rapids, Powell visited the Mother Mosque of America, the oldest mosque in the U.S. Here, she met with imam Taha Tavil to discuss the challenges faced by local Muslims and their relationship to the broader community.

On a later visit to Jacksonville, Powell visited the Islamic Center of Northeast Florida. Here, Ashraf Shaikh, founder of the Center, told Powell about the Interreligious dialogue that occurs locally between Muslims and non-Muslims. In Jacksonville, Powell also met with local leaders who shared their in-depth knowledge of the history of Muslim communities in the area.

Powell’s preliminary research has yielded some unexpected results. “While my research focused on Islamophobia in the U.S., and the contrast between the Islamic legal tradition/culture and the U.S. legal system and Western culture, most of my Muslim contacts spoke of kindness that they have experienced from the local population and about the similarities between the Muslims and non-Muslims,” Powell says. “They spoke about several obstacles Muslim communities had to overcome when initially establishing mosques, such as sporadic initial protest from non-Muslims. But with time — according to those I spoke with — those obstacles were overcome, often with immense help from non-Muslims.”

According to Powell, “The picture that emerged at the end of both of these visits is the immense effort that Muslims put into integrating into the local population, while simultaneously preserving their faithfulness to the Muslim way of life and the Muslim faith.”

Emilia Justyna Powell is an associate professor of political science and a concurrent associate professor of law at the University of Notre Dame, where she is also a Faculty Fellow of the Kellogg Institute for International Studies. She is currently a Barker Visiting Fellow at the Durham Residential Research Library in the United Kingdom.