At a time when the battered economy caused many sociology programs to freeze hiring for a second consecutive year, the University of Notre Dame doubled down.

“I am pleased to say that we hired four of the very best young scholars in the nation and each one will be joining us in the fall of 2011,” says Professor Rory McVeigh, chair of the Department of Sociology. “These scholars, as a group, not only build on our preexisting strengths but also help us to establish strength in some new areas of research.”

The initial plan was to hire two new faculty members, but brilliant candidates prompted a change in plans, McVeigh says. “I can honestly say that I have never seen a stronger applicant pool.” 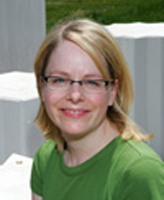 A specialist in the sociology of education, Andrew will also be affiliated with the Center for Research on Educational Opportunity at Notre Dame’s Institute for Educational Initiatives. Her scholarly interests include socioeconomic, race-ethnic, and gender inequalities in higher education; social psychology; and quantitative methods.

“I am generally interested in the reproduction of socioeconomic inequality over time, particularly social-psychological facets of this process because they provide a way to interface different disciplinary literatures and help us interrogate many of our basic assumptions about social inequality,” she says.

Andrew received her Ph.D. in 2009 from the University of Wisconsin, where she was awarded a Spencer Foundation Dissertation Fellowship for “Dynamics of Inequality in a Differentiated Post-Secondary System: Intragenerational, Intergenerational, and Social Psychological Perspectives.”

She is currently completing a two-year Robert Wood Johnson Foundation Scholar in Health Policy Fellowship at the University of Michigan, researching the relationships between differential outcomes in education and health among immigrant and native-born minority young adults in the United States.

“The University of Notre Dame sociology department produces intellectually rigorous and central work to be sure,” Andrew says, “but the energy and momentum the department has moving forward is what really drew me here.” 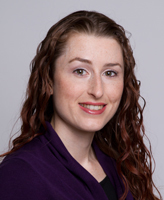 Like Andrew, McClintock says she was attracted to Notre Dame “by the high quality of research and students and the collegial, supportive environment—it’s great to be part of a growing and vibrant department.”

Currently completing her Ph.D. at Stanford University, McClintock has already published her research in leading journals, including an article called “When Does Race Matter? Race, Sex, and Dating at an Elite University” in the Journal of Marriage and Family.

“My research focuses on gender and inequality in the context of romantic and sexual relationships, particularly in partner selection and relationship formation and in dynamics of negotiation and compromise within established relationships,” she says. “I am interested in how intimate relationships reflect, perpetuate, and potentially alter gender, class, age, and racial inequality.” 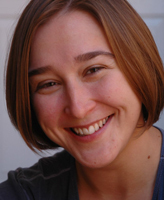 McDonnell was chosen in a special search sponsored by the Ford Family Program in Human Development Studies and Solidarity, part of the University’s Kellogg Institute for International Studies.

“As someone deeply invested in work on Africa, the Ford program offered an opportunity to have interdisciplinary colleagues doing cutting edge research on Africa,” she says. “With the excitement and growth around the Ford program, I believe that in the next few years it will emerge as one of the preeminent places in the country for scholarship on Africa, and I want to be a part of building that momentum.”

McDonnell is completing her Ph.D. at Northwestern University, where she received national honors including a National Science Foundation Dissertation Improvement Grant, a Fulbright Fellowship, and the Edward Schils–James Coleman Memorial Award for the best graduate student paper in the Theory Section of the American Sociological Association.

“Even before my campus visit, I knew the sociology department and the Kellogg Institute were full of people doing fascinating, smart research,” she says. “When I got to meet those people face to face, I found they were also warm, engaging, interesting human beings. I had the sense that they would make great colleagues, and that this was really a place that my scholarship could flourish.” 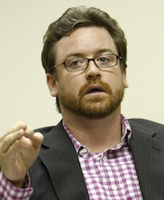 A cultural sociologist, McDonnell earned his Ph.D. from Northwestern University in 2009 and is currently an assistant professor at Vanderbilt University in the Department of Sociology and the Curb Center for Arts, Enterprise & Public Policy.

He studies culture and media, gender and sexuality, health and AIDS, urban studies, theory, and methods. McDonnell is working on two separate book projects, and his recent publications include “Cultural Objects as Objects: Materiality, Urban Space, and the Interpretation of AIDS Campaigns in Accra, Ghana” in the American Journal of Sociology.

“Despite spending millions of dollars a year on condom advertisements and abstinence billboards, most countries haven’t seen a serious decline in HIV prevalence,” he says. “My research shows how globalized best practices of health campaign design actually lead to systematic failures in communication.”

McDonnell says he was drawn to Notre Dame because of its growing reputation. “The sociology faculty have established what may be the fastest rising department in the country, especially for cultural sociology,” he says. “I’m thrilled to join a department with such energy and promise.”

The kinds of students Notre Dame attracts was also part of the equation, he says.

“What excites me about coming to Notre Dame is teaching students with a commitment to social justice. In my Telling About Society class students use media campaigns to inspire social change. The class is perfect for Notre Dame undergraduates who seek to transform the world around them.”