Two Notre Dame students with a passion for history are taking to the streets this summer: Rising seniors Justine Murnane and Sam Fisher have been accepted into an educational program hosted by the Gilder Lehrman Institute of American History and will be heading to New York City in June to get first-hand experience investigating the history of the United States. 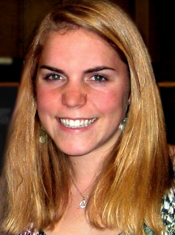 Each year, the institute selects approximately 30 sophomore and junior American history students across the country to participate in its Gilder Lehrman History Scholars Program. Candidates must have demonstrated excellence in the subject matter and plan to concentrate in American history or American studies. In addition to their primary majors in history, Murnane is studying for a supplemental major in French and Fisher is working toward a minor in Irish Language and Literature.

Murnane, who is from Westchester County, N.Y., says she is looking forward to doing research in a city she knows well from personal experience but not historically. “It will be interesting to now visit a city, which I already know so much about, from a more academic perspective,” she says.

The one-week program includes lectures by noted scholars in the field and trips to historic sites and museums. They will also get career advice and be able to network with museum curators, writers, editors, and researchers. 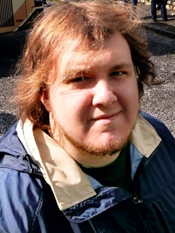 After her studies in Angers, France, this past year, Murnane’s curiosity about history has only deepened. The encounters she had exploring the history of Europe, she says, has furthered her interest in learning more about the past of her own country.

“I will be president of the History Club at Notre Dame next year, and I’m hoping that my experience this summer will provide me with some interesting ideas to bring to the club.”

Fisher also wants to use this program to prepare for the future. “My plan is to go on to do a Ph.D. in history, so any and all practice or experience I get is a benefit for me. Some people are going to spend this summer interning in the fields they’re interested in, and I look at this the same way. It’s always a good idea to immerse yourself in the things that interest you.”

The Gilder Lehrman institute was founded in 1994 to support the study and love of American history through various programs such as events, awards, and summer seminars. The goal of the organization is to infuse everyone in the nation—from professors and students to the general public—with an appreciation and enthusiasm for studying the history of the United States.