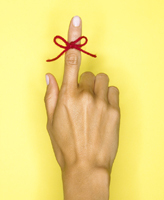 Notre Dame Psychology Professor G.A. Radvansky focuses his research on the development of mental model theories for human memory and cognition. In this work, he explores how we create, organize, store, and retrieve mental models, and how younger and older people use them differently.

It is not an area of study that typically gets a lot of media coverage. The field doesn’t illuminate breaking news stories, and there aren’t any pictures of memory to help tell the story.

Some of Radvansky’s recent research findings, however, seem to have captured the popular imagination, grabbing media attention from ABC, CBS, and MSNBC to Time, U.S. News & World Report, the Huffington Post, and even the late-night Leno show.

His study, published in the Quarterly Journal of Experimental Psychology, found that passing through doorways caused memory lapses. It has also made an impression on fellow scholars in the field.

Radvansky conducted three experiments in both real and virtual environments in which people performed memory tasks while crossing a room and while exiting a doorway. In each case, walking through the doorway diminished their memories.

The research provides strong evidence that entering a doorway serves as an “event boundary” that forces working memory to update itself as a result of moving into another room, Radvansky explains. This location-based updating makes it more difficult to recall the activities or decisions made in a different room. 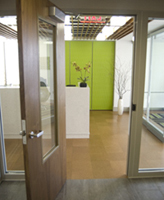 “With these studies, Radvansky and his colleagues have improved our understanding of how the human mind keeps information active so that it is ‘ready to hand,’” says Jeffrey M. Zacks, a psychology professor and director of The Dynamic Cognition Laboratory at Washington University in St. Louis.

“Scientists used to think that the passage of time was the most important factor determining access to memory. Then researchers showed that time by itself wasn’t critical—it’s the fact that more information comes in as time passes,” Zacks says.

“The ‘walking through doorways’ studies now show that it’s not just the amount of information coming in that matters but also the structure of experience,” he says. “When we walk from one room to another, information about people and objects that we were dealing with in the old room is less likely to be relevant, and it appears our memory machinery is optimized to take advantage of this, releasing that old information to make information about the new situation more accessible."

“I have always found Dr. Radvansky’s program of research remarkable, not only because it significantly advances the science but also because it transparently informs us of the human condition,” adds Joe Magliano, director of the Center for the Interdisciplinary Study of Language and Literacy and professor of Psychology at the University of Northern Illinois.

Radvansky is currently working on several other research endeavors. One is focused on how the neurological condition synesthesia affects our ability to remember things. A new set of data will be published shortly.

In another project, Radvansky is trying to identify the “mental markers” involved when people have to think “on the fly” instead of doing what they’re told or were trained to do. To test this type of adaptive thinking, Radvansky has subjects drive a computer-simulated submarine in different conditions and then correlates the results with various mental ability measures. He hopes to show how people have different ways of accomplishing a simple task and dealing with unexpected issues that arise.

A third project is exploring how people solve problems differently depending on how the action in a sentence is described when using perfective or imperfective language structures.