Three Arts and Letters faculty members have been awarded 2019 fellowships by the American Council of Learned Societies (ACLS).

The Notre Dame researchers — two historians and one theologian — were among 81 fellows named from more than 1,100 applicants in the 2019 award cycle. ACLS awardees are selected for excellence in the humanities and humanistic social sciences, and the fellowships support six to 12 months of full-time research and writing.

According to Yury Avvakumov, the 2014 Russian annexation of Ukrainian Crimea cannot be properly understood without knowing the religious history of both nations, as well as the confessional history of the Christian East-West divide. 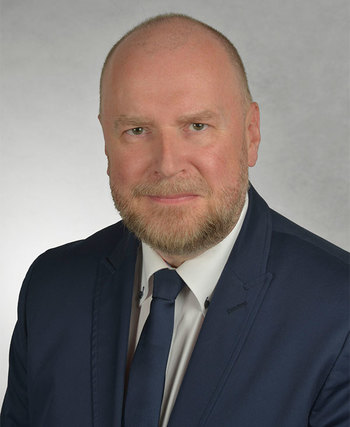 “A fruitful way to examine this history is by studying the figure who was at the front lines of those debates and conflicts: Ukrainian Metropolitan Andrey Sheptytsky,” Avvakumov said. His ACLS fellowship will enable him to explore the history of Sheptytsky’s activities and consider ideas of Christian unity and Christian politics as debated by Sheptytsky and his interlocutors.

“Sheptytsky developed a sort of a love-hate relationship with Russia,” Avvakumov said. “He was fascinated by Russian Orthodoxy but abhorred its servility towards the Russian state. He wanted to reconcile Russian Christianity with the Roman Pope and to liberate Russians and Ukrainians from what he saw as an imperialist and oppressive regime.”

Avvakumov will conduct research in archives in Eastern Europe, particularly in Ukraine, France and, foremost, at the Vatican.

“I feel honored by this award — particularly as someone working in theology and Church history,” Avvakumov said.

For Avvakumov, the contexts for his research also strike deep personal chords. “Russia is the country in which I was born and raised, and I know Russian Christianity not from without but from within,” he said. “Ukraine is a country in which I served academically for a considerable period, and one which I got to know, to respect, to love and — I hope — to understand.”

Avvakumov noted that “the leadership of the Russian Orthodox Church of the Moscow Patriarchate is not only intimately allied with the Russian state bureaucracy today; it has also become the most significant driving force of Russia’s anti-democratic and imperialist state ideology.”

“Russia’s propaganda war and military intervention in Ukraine was a prelude to its interference in the 2016 United States elections. The methods here and there are very similar, and they have the same purpose of discrediting the very idea of democracy and its institutions,” he said.

Avvakumov added that Sheptytsky, who lived and worked in the first half of the 20th century, proposed a vision of Christianity that was radically opposed to the militant confessionalism of his day, which eagerly provided justification for geopolitical conflicts. In this sense, Sheptytsky and his interlocutors appear today as largely forgotten prophets of ecumenism and advocates for democratic values in Eastern Europe.

Historian Katie Jarvis is an expert in the French Revolution, and her newest research, as described in her proposal, is the first book-length project to argue that resolving conflict itself can be revolutionary.

Jarvis’s ACLS-awarded Democratizing Forgiveness investigates the ways in which the French revolutionaries refashioned forgiveness from 1789 to 1802.

“Amid conflict,” she argues, “the French Revolution forged modern politics and society by reinventing reconciliation, and instead of depicting reconciliation as the revolution’s dénouement, I want to reframe forgiveness as the main plot and spotlight its development.”

For Jarvis, this means moving beyond a historical focus on trauma, including the French Revolution’s scenes of the Paris guillotine with irrevocable sentences carried out on citizens whose crimes were deemed irreconcilable. Jarvis tells a second tale in the same city, and just around the corner from the guillotine:

Citizen Brou and Citizen Descotes appeared before a revolutionary court to a much different end. They were attempting to reconcile their differences. Brou had loaned Descotes a horse, which the latter had “unhappily lost.” Now, both citizens hoped that their locally elected Justice of the Peace, a new revolutionary arbitrator, could mediate a resolution. Brou proposed an indemnity for the mare, which Descotes found just and countered by requesting a repayment plan. Brou consented and the two resolved their dispute without a civil suit.

“Historians of revolutions have paid far more attention to the scenes of conflict, like those at the foot of the guillotine, than to scenes of commonplace reconciliation, like that between Brou and Descotes,” said Jarvis. “This scholarly silence starkly contrasts with the growing interdisciplinary interest in local forgiveness, which has emerged as an urgent issue in the wake of modern wars and genocide.”

With ACLS funding, Jarvis will undertake research in France.

“During my fellowship year, I look forward to writing two chapters from my manuscript and to completing research for two others,” Jarvis said. “The fellowship will also support a crucial trip to Paris where I will work in the Archives nationales, the Archives de Paris and the Bibliothèque nationale de France.”

Jarvis drew inspiration for her research from work on a previous book, Politics in the Marketplace: Work, Gender, and Citizenship in Revolutionary France, where she found many instances of everyday citizens using the revolutionary language of “liberty, equality and fraternity” to petition local justices of the peace in various civil cases.

“When we think of revolutions, we often think of moments of great rupture, but new systems of quotidian reconciliation can themselves transform politics and society,” Jarvis said. “In short, forgiveness can be both a brake on conflict and a motor for change.”

The United States economy runs on consumer credit, and historian Emily Remus studies the gendered aspects of this financial history. Until the late 19th century, credit was almost exclusively for men; by the late 1920s, women were its majority users.

While there is a wide literature on consumer credit’s ascent in the American mainstream after World War I, Remus points out that few have investigated how women fueled its growth, or what impact this shift had on women’s autonomy, economic citizenship and the American financial sector more broadly.

Her ACLS fellowship will support research for her forthcoming book, Charge It: Women, Credit and the Making of Modern America.

Charge It will address a fundamental riddle, according to Remus: “If, as Daniel Webster famously suggested, credit is defined by man’s confidence in man, how did the incorporation of women affect its meaning and practice?”

She will explore how women were courted, educated and integrated into credit relations; how they used and understood credit; and how their new credit practices shaped American commerce and culture in the late 19th and 20th centuries.

Among other aspects of Remus’ research is a focus on the ways women’s forays into the financial realm ran afoul of notions of respectable womanhood. “There was widespread cultural opposition to women handling currency, which was often viewed as crass and unfeminine,” she said. “My work uncovers the attempts of department stores to promote sales by relieving women of the need to sully their hands with filthy lucre by utilizing new payment devices, such as pneumatic cash tubes, identification badges and, ultimately, charge cards.”

Upon receiving news of her ACLS fellowship, Remus said, “I am thrilled to receive support from ACLS, not only because it will facilitate my research and writing at a crucial stage in the process, but also because it affirms that other scholars see the importance of the questions I’m trying to answer about women and their financial autonomy.”

Remus became interested in her new project while researching for her first book on women’s consumer practices. “I kept bumping into questions of credit and money,” she said. “I realized that within a very short time frame, women went from being largely excluded from credit relations to being the dominant users of consumer credit.”

That first book, A Shoppers’ Paradise: How the Ladies of Chicago Claimed Power and Pleasure in the New Downtown, was released in April 2019 and examines how women in turn-of-the-century Chicago used their consumer power to challenge male domination of public spaces.