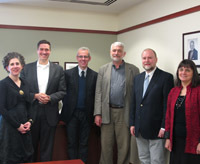 Yury P. Avvakumov, an assistant professor in Notre Dame’s Department of Theology, was recently selected as one of six Henry Luce III Fellows in Theology for his work on the relationship between the Latin West and Byzantine East during the 12th century.

The Luce Fellows program, established with the support of the Association of Theological Schools in the United States and Canada (ATS) and The Henry Luce Foundation, annually funds a small number of promising theological pursuits. The fellows whose projects are chosen devote a year to research and then present their findings at the annual Luce Fellows Conference. Established in 1993, the Luce Fellows Program has awarded just 136 fellowships in its 20-year existence.

“The good news from the Luce Foundation came as an enormous and, of course, very joyful surprise,” says Avvakumov. “I did not expect to win because I realized how tough the competition was.”

Investigating the Origins of Division

Avvakumov’s winning proposal, “Latin West and Byzantine East in the 12th Century: Christians, Churches, and Theologies between 1054 and 1204,” analyzes the relationship between the two regions during a period of ecclesiastical upheaval.

“I seek to identify the major events of church history, the personalities, and the ecclesiastical-political and theological issues that determined East-West relations in that period,” he says. “The 12th century should be seen as a period of ambiguity, as a unique and fascinating time of contingencies and possibilities still open for positive developments—even if most of them were unhappily lost in the early 13th century.”

As a Byzantine Rite Catholic, the topic holds special meaning for Avvakumov. “The Christians of today live in a world divided into denominations,” he says. “We have made ourselves at home in this world; we have become accustomed to thinking ‘denominationally.’”

As a result, he says, many Western Christians tend to ignore their Eastern counterparts, while Eastern Christians attempt to demonize Roman Catholics. “The attitudes here and there might be different; however, the lack of real knowledge and understanding is what unites both opposite extremes.” 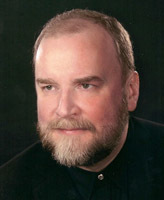 Avvakumov has lived and learned in both extremes. He received his first doctorate in Orthodox theology from St. Petersburg Orthodox Theological School and the second, in Catholic theology, from Ludwig Maximilian University in Munich.

He then taught at the Ukrainian Catholic University in Lviv, which is the only Catholic university in the former Soviet Union. Prior to coming to Notre Dame, Avvakumov also held numerous academic, administrative, and pastoral positions in Russia, Germany, and the Ukraine.

An accomplished linguist, Avvakumov has published five books in three languages—German, Italian, and Ukrainian. His research interests include medieval Church history, ecclesiology, and sacramental theology, as well as the history of Russian and Ukrainian religious thought in the 19th and 20th centuries and the history of the Eastern Catholic Churches from medieval times to present day.

Avvakumov hopes that his Luce Fellows project shows an acknowledgement of the gap in understanding between Eastern and Western Christian traditions.

“I think the fact that a project about East-West relations has been selected among the winning projects may be seen as a positive sign of interest towards this important area of research.”