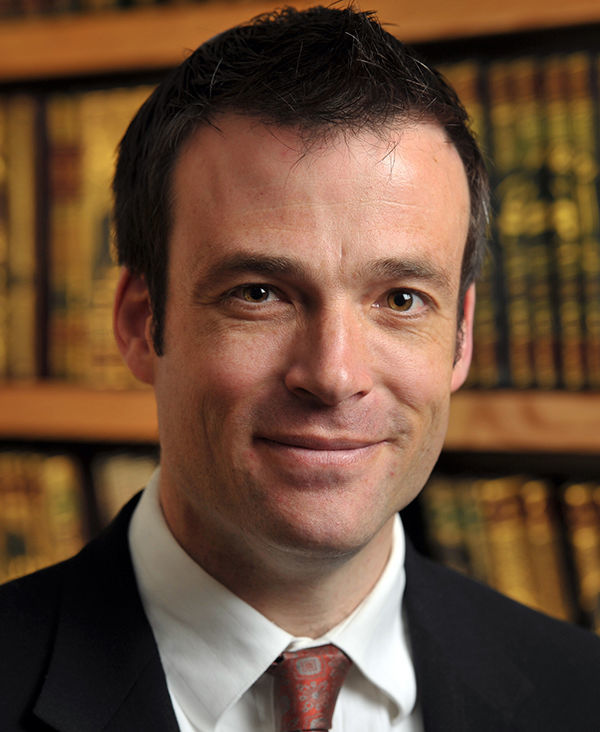 The Notre Dame professor of Islamic studies and theology is using a fellowship from the National Endowment for the Humanities to explore the idea. He’s spending a year researching the way the Muslim holy text juxtaposes narratives of God’s destruction with declarations of God’s compassion.

Those parallels, he contends, reveal deep insights on the theology of the Qur’an—and indicate how it is in conversation with Jewish and Christian theology.

“Western scholars have often examined the stories of divine punishment in the Qur’an as a rhetorical strategy or method of persuasion by the prophet Muhammad,” Reynolds said. “But they’ve been so interested in these questions that they’ve ignored the theological problems in the Qur’an’s insistence on God’s mercy.”

Reynolds, who conducted research in Lebanon this summer and is spending the rest of the academic year at the Institute for Advanced Study in Nantes, France, has long been interested in the interchange between the Qur’an and the Bible.

In his 2010 book, The Qur’an and its Biblical Subtext, he argues that the Qur’an is constantly interacting with the biblical tradition, and in many ways depends on the biblical knowledge of its audience. There, he uses primarily narrative examples—such as the stories of Noah, Lot, and Jonah—while his latest research focuses on theological reflections in both sacred texts.

“When it comes to discourses about God, is the Qur’an also in conversation with the Bible?” Reynolds said. “My hunch is that it is, and I will be trying to prove that case.” 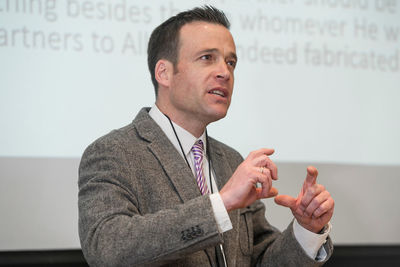 Reynolds in the classroom.

References to a merciful God are frequent throughout the Qur’an, Reynolds said, including an introductory invocation before nearly every chapter that says, “In the name of God, the merciful, the compassionate.” Another verse famously says, “My mercy encompasses all things.”

Yet, the Qur’an also insists that God enacts retribution—on four occasions, he is referred to as “the possessor of vengeance.” It contains stories detailing how God destroys unbelieving people who spurn God’s messengers and reject their pleas to worship only one god.

It’s a characterization the Bible shares, Reynolds said, including in a passage in Romans where Paul writes: “Vengeance is mine, says the Lord.”

Reynolds, who will have a biblically minded commentary on the Qur’an published next year by Yale University Press, will spend much of his fellowship year talking with Muslim scholars who have dealt with this question while incorporating his own knowledge of the Jewish and Christian tradition. He is also helping coordinate a monthly seminar in Paris to discuss recent research on the Qur’an.

Completing this latest book project would not be possible without the vibrant intellectual community fostered by the Department of Theology and the College of Arts and Letters, he said. Though Reynolds is Catholic, his academic background is purely in Islamic studies, so the input of other biblical scholars such as Gary Anderson, Brian Daley, and John Cavadini has been essential to his analysis.

“Because of them, I’ve become much more familiar with the biblical tradition,” he said, “and that’s been a real boon to my study of the Qur’an.”