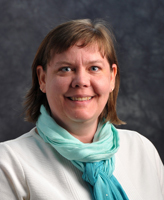 Deb Rotman is in a race against time.

Rotman, director of undergraduate studies for Notre Dame’s Department of Anthropology, is keenly aware that the generation of Irish immigrants who can still share memories of the Irish Civil War and their experiences in early 20th century America will soon be lost forever.

“Those generations have some really great stories that we’re trying to capture, but we can only do so much,” she says.

Unable to personally interview every surviving immigrant, Rotman and a group of her students are working with Kevin Abbott in the University’s Academic Technologies office to construct an online database to help collect and preserve as many of these valuable tales as possible before it’s too late.

The database’s web interface, intended to be user-friendly for casual visitors and professional researchers alike, will take advantage of the latest technology to offer an experience that is wholly contemporary yet distinctively Irish. “This is a storytelling people,” Rotman says, and the database will play to that strength and allow users to upload personal histories in whatever format they prefer.

Senior Rhiannon Duke is one of the students helping Rotman develop the online project, which will incorporate audio, text, photographs, and possibly video. 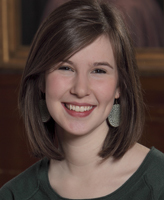 “It will be a place for those of Irish descent to share their stories and information with others and develop a dialogue of sorts,” she says. “A space to share these kinds of stories is incredibly important, and I’m excited that I’ve been able to be a part of it thus far. I can’t wait to see how it grows and develops in the future.”

In addition to soliciting oral histories online, Rotman and her students are making their own contributions to the database by conducting field research on Lake Michigan’s Beaver Island. There, a group of 19th century Irish—most from the island of Árainn Mhór off the coast of Donegal—recreated something of the communal, agrarian lifestyle they had left behind.

“Most of what the general public knows about Irish-American history comes from the stories of urban immigrant populations in places like New York, Boston, Chicago, and Philadelphia,” says Duke.

In these cities, she says, the Irish lived among other large immigrant groups and families who had been in America for generations. “Beaver Island offers a unique chapter of the Irish-American story since the Irish were in the majority there for about 40 years,” Duke says. “It will be fascinating to see to what extent this community was able to transfer their social and cultural environment from Árainn Mhór to Beaver Island and how that environment changed through time.”

Much of the fieldwork involves meeting with descendants of the original Irish settlers there. “My favorite part of the experience was interviewing residents about their family history on the island as well as their personal experiences of island life and identity,” Duke says. “I had read a good amount about Beaver Island before arriving, but I learned so much more from speaking with residents than I could have in a book.”

While on Beaver Island, Rotman’s students also get their hands dirty in archaeological digs of old homesteads. They have uncovered rich material not just within the one-time walls of family homes but outside them as well. “Think about it,” Rotman says, “in the 1860s you didn’t have waste management coming to your curb side.” Remnants of the refuse that collected behind homes now offers compelling clues about the way life was actually lived in 19th century immigrant America, she says.

By combining this traditional fieldwork with innovative technology, Rotman and her students hope to provide a broader perspective on the Irish diaspora in America.

“The archaeological record and the historic documents work together telling different parts of the same story,” she says, “and oral history is the third leg of that stool.”