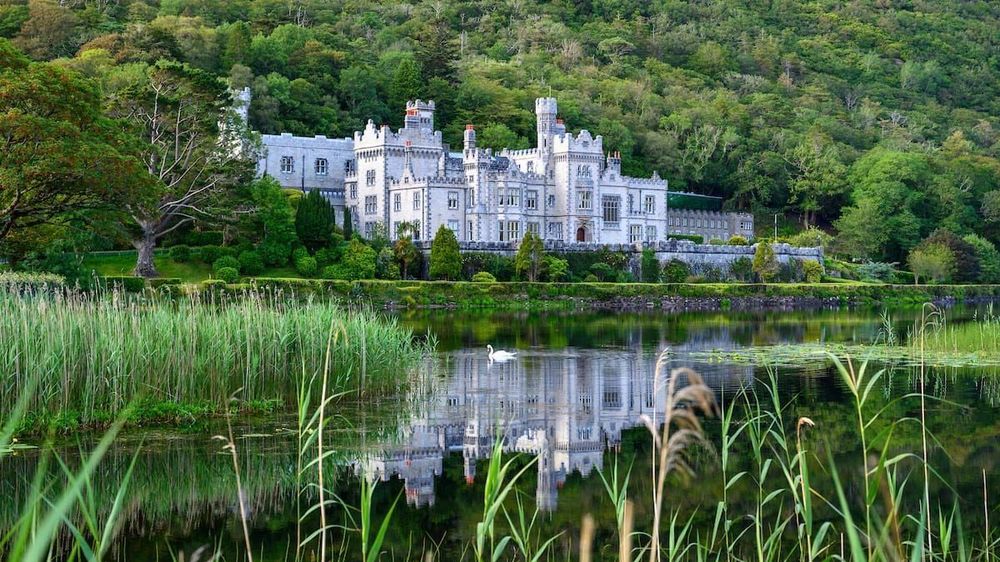 You want to take it all in, but it’s impossible.

Should you focus on the emerald mountain backdrop topped with clouds floating like puffy jelly beans? Or the foreground of willowy reeds swaying on a placid lake? Inevitably your eyes are drawn instead to the castle, a fairy-tale version so full of crenellations and so gleaming white that even Disney wouldn’t dare. The juxtaposition of pastoral nature and human endeavor is ethereal.

By the time a pair of swans paddle into your view of Kylemore Abbey in western Ireland, the presence of pure beauty overwhelms. A mere picture will not suffice; you must draw or write or paint.

“Kylemore is away from Dublin, out in the beautiful mountains,” said Therese Konopelski, a Notre Dame senior from Maryland. “It’s been very inspiring. I feel like you can get a larger body of work done than when you’re in a city and you can’t hear yourself talk.”

That’s the idea behind two summer programs that Notre Dame runs at the abbey in the Connemara mountains. The debut of a month-long graduate art residency last summer adds another option on top of a three-credit creative writing seminar that began in 2016. The 19 students spent the first week at the Dublin Global Gateway soaking in the city arts and lit scene, then spent the remainder at Kylemore Abbey, a 19th-century castle where Notre Dame has renovated a section for hosting guests.