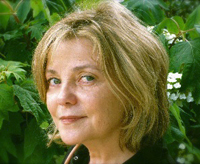 Nineteenth century America was a time of intellectual turmoil. Rocked by Darwinism, the ironclad spiritual security of Protestantism was crumbling. In this context, art became a lifeline for industrialist Charles Freer, whom Notre Dame art historian Kathleen Pyne examines in “Portrait of a Collector as an Agnostic: Charles Lang Freer and Connoisseurship.”

According to The Art Bulletin’s recent centennial anthology, this 1996 article is one of the top 32 essays “that made a difference to us as art historians and as people”—considered among the “greatest hits” since the journal’s debut.

Pyne, a professor in the Department of Art, Art History, and Design, says she was honored to be included. “It means that people in my field have found something in my research that will continue to be valued in generations to come,” she says. “It’s just incredibly gratifying.”

That earlier work on Freer culminated in Pyne’s first book, Art and the Higher Life: Painting and Evolutionary Thought in Late Nineteenth-Century America.

“People like Freer decided that art was a kind of repository of the spirit and the soul,” she says. “If traditional religious belief was collapsing all around them, and it wasn’t possible to believe in orthodox forms of religion anymore, then perhaps art was a kind of conduit to this sort of spiritual realm that they could still be in touch with.”

During a postdoctoral fellowship, Pyne worked at the Freer Gallery of Art in Washington, D.C. There, she had the chance to examine his immense, international collection up close and explore the motivation behind it.

“I discovered that he was someone who was plagued by doubt and the fear of death,” she says. “He clung to these objects for what he thought were their life-giving properties. So in part, it was kind of a psycho-religious, therapeutic drive that led him to certain types of art, paintings, and pottery.”

As a scholar, Pyne specializes in 19th and early 20th century art from America, England, and Europe, particularly the linkages between science, mysticism, and art.

“There is one enormous strand of modernist culture that has been born out of the search for the spiritual world,” she says. “That [Freer] essay is a part of my contribution to uncovering that kind of strand.”

The author of Modernism and the Feminine Voice, Pyne has also contributed to other works such as Impressionist Giverny, John Twachtman: Connecticut Landscapes, and a Guggenheim Museum survey of modernism.

“I study the way in which modernism is a pan-cultural phenomenon,” she says. “I’m interested in the cultural overlaps and the way these currents are transferred from one site of modernism to another—and what happens to them when they get translated to a different culture.”

Pyne is currently working on a book about a utopian group that developed in the San Francisco Bay area after the great earthquake of 1906. “It looks at the responses of those artists to the catastrophe and the trauma of that event,” she says.