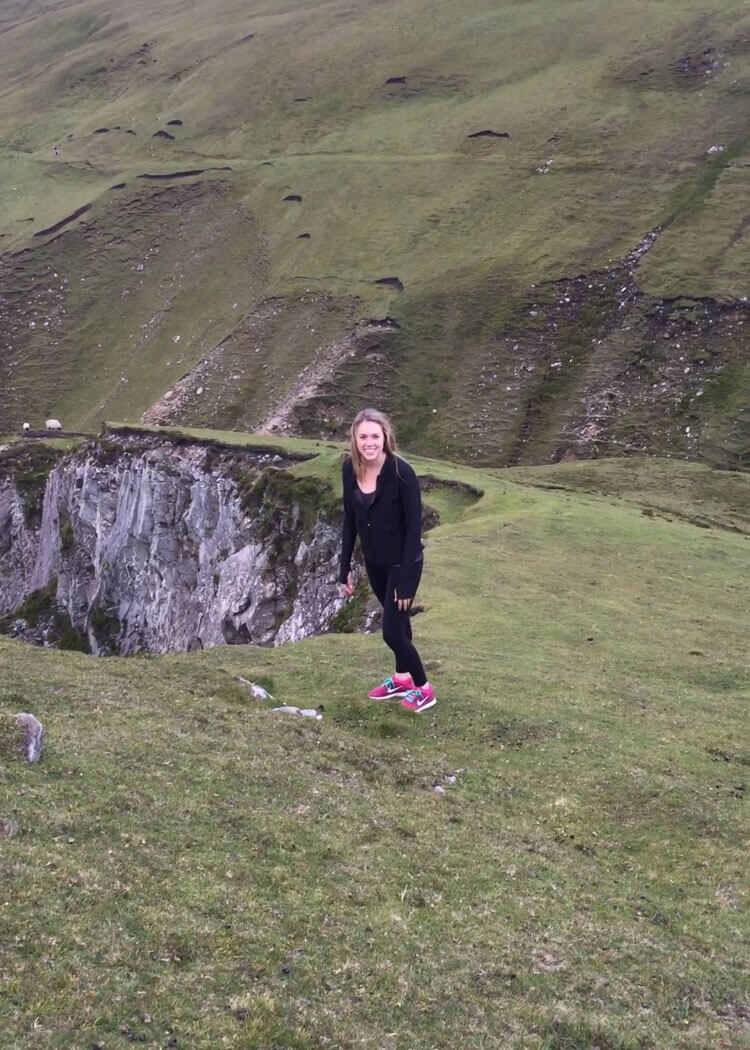 Junior Michaela Larson began her first year at Notre Dame not knowing a word of the Irish language.

Now—after being one of about 60 participants in the 2016 Summer Language Abroad (SLA) program through Notre Dame’s Center for the Study of Languages and Cultures—the history major is able to translate articles and converse in Irish.

“I was amazed by the amount my Irish improved in just my first two weeks there,” Larson said. “I was able to communicate with cashiers at the shops and locals who spoke Irish in the pubs. I found myself listening to conversations, and I was able to interject into them.”

After studying Irish literature in a University Seminar course, Larson’s professor encouraged her to pursue an SLA grant to immerse herself in the language she had grown to love.

After her summer in Gleann Cholm Cille and Gleann Fhinne in northwest Ireland, Larson is now minoring in Irish language and literature and hopes to incorporate the language into any research she does in the future.

“The experience has helped me narrow my search of what I want to focus my studies on in my next two years at Notre Dame,” Larson said. “The Irish culture is a huge part of my heritage, and it has now become a huge part of my life.” 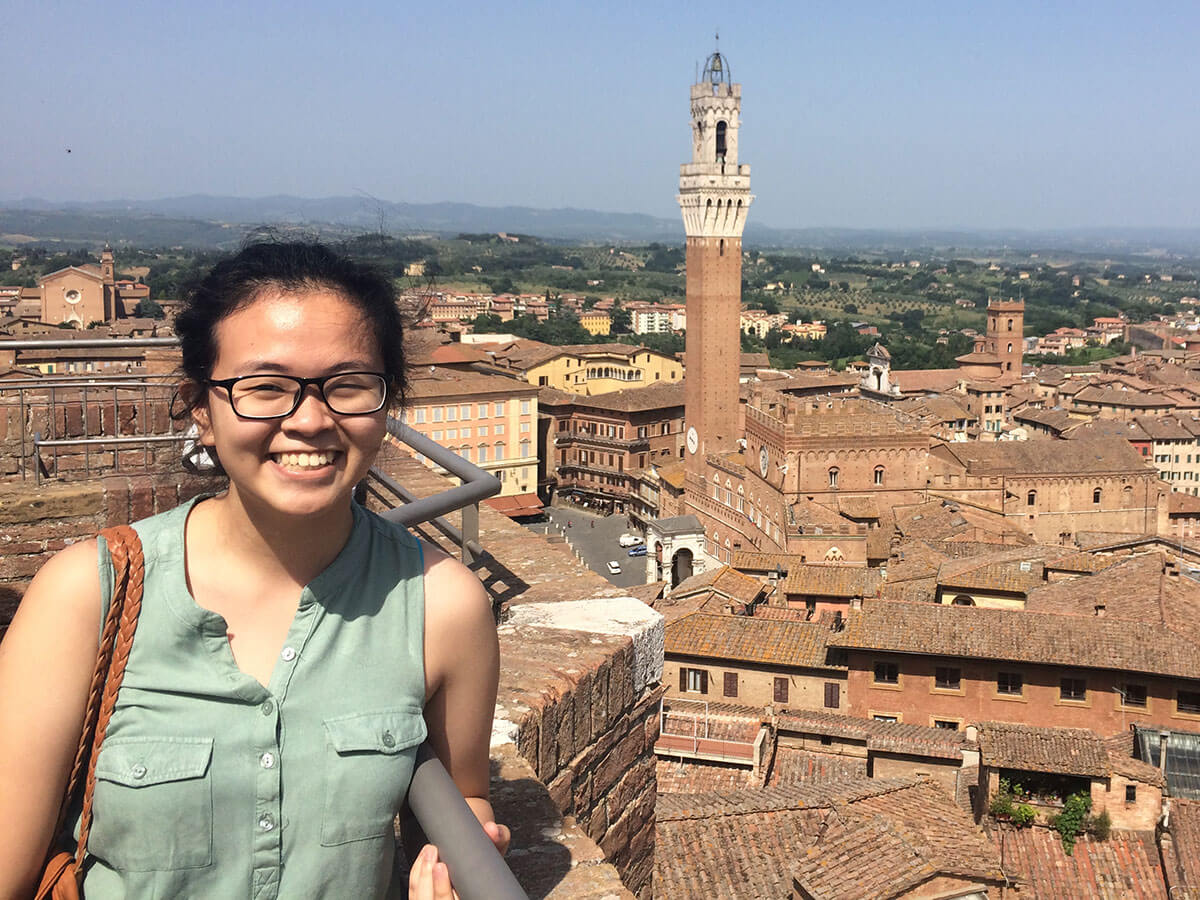 She found interesting stores and alleys, unexpected openings between buildings that revealed spectacular views, artwork on the streets, vibrant markets—and, once, a parade of people marching in medieval costumes.

Exploring on foot allowed her to interact with locals, too.

“My first day in Italy, I struggled to ask for directions,” she said. “It’s crazy to realize that after five weeks, I was able to have conversations comfortably with the many Italians I met.”

With minors in Italian and art history, Ekaputri was particularly keen to experience the way in which Italy’s rich history, culture, and language were intertwined.

“Walking around, I discovered more about each of the cities I visited,” she said. “In some ways, the cities are like artworks themselves—beautiful piazzas and green parks among surrounding buildings, cobblestone streets, and blocks of sunlight shining between the trees and buildings.”

Needless to say, one of her most frequently used Italian phrases was “facciamo una passeggiata”—let’s take a walk. 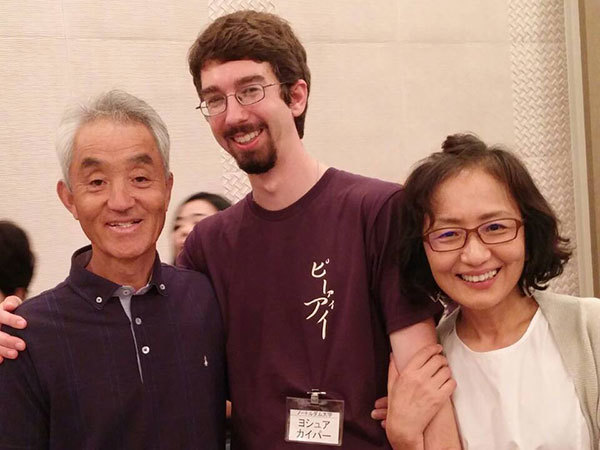 Joshua Kuiper with his host family in Japan.

Language immersion isn’t an easy feat. But for English and Japanese major Joshua Kuiper—who spent the summer in Kanazawa, Japan—adversity led to profound moments of reflection.

At times, learning the language seemed difficult and daunting. But over the course of the summer, he was invigorated and inspired.

“The relationships I made in Kanazawa—such as with my host family, local university students, and Shinto priests—reminded me of why I began to study Japanese: to connect with the ideas and emotions of a country I have found fascinating since I was a child,” he said.

His experience did more than aid in language acquisition. His summer in Kanazawa informed his plans for the future.

Kuiper opted to spend this fall semester abroad in Nagoya, Japan. After graduation, he hopes to pursue a career in Japan in a field that can combine his two majors and involve the intersection of language, like comparative literature or media translation.

“On reflection, I find that my summer helped me examine my goals,” he said, “encouraging me to ask myself, ‘What do I care about? What do I want to do?’”

Building toward a career 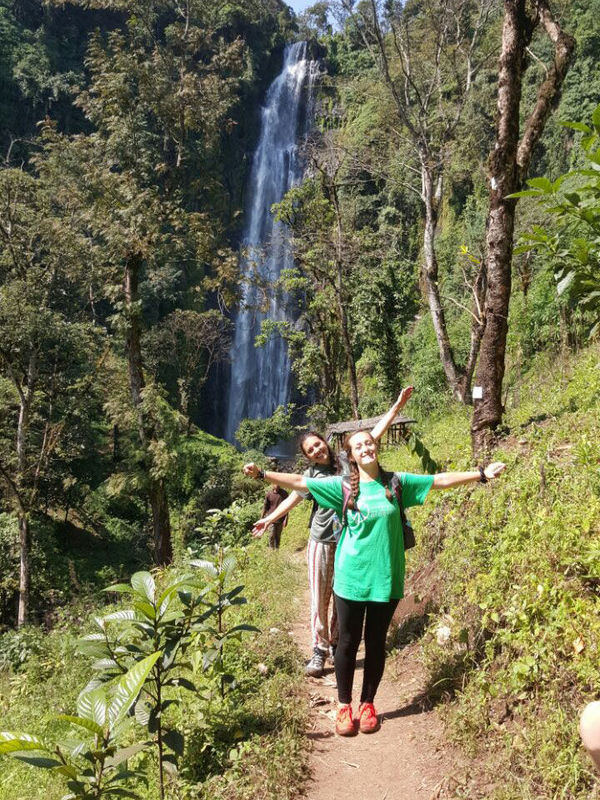 Political science major Casey Kennedy hopes to pursue a career in international development, and knows language acquisition will be key to finding success.

After taking a year of Swahili elsewhere, Kennedy took a specialized directed reading course in the language with Rev. Robert Dowd, C.S.C., an associate professor of political science. Striving toward fluency, she decided to apply for an SLA grant.

The program allowed Kennedy to spend the summer studying Swahili in Morogoro, Tanzania, where she grew both as a language speaker and overall learner.

“The teachers were excellent and encouraged using Swahili in and out of class,” she said. “The method of teaching was largely based on listening and speaking, which—as a visual learner—was difficult for me at first, but pushed me to learn more effectively.”

When the program ended Kennedy spent another month in East Africa to continue her study of the language, and she intends to return to the region to conduct research. She believes that her experience and command of the language will be critical in her future career.

“What surprised me most was how interconnected the language and culture are,” she said. “As I would spend time studying Swahili every day, I was also learning about Tanzanian and East African culture.”