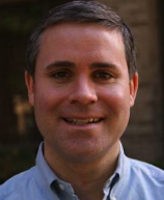 For more than 45 years, the poor in this country have been identified by the U.S. Census Bureau’s Official Poverty Measure—a tool that determines America’s poverty rate based on pretax money income, which does not reflect all the resources at a family’s disposal.

That method of calculating who is poor and who is not has been under fire by researchers for years because it doesn’t calculate the benefits of anti-poverty programs—such as food stamps and housing subsidies—into its formula. In response to the criticism, the Census Bureau released in fall 2011 the Supplemental Poverty Measure to more accurately assess poverty in America. A culmination of more than three decades of research on poverty measurement, the supplemental measure is used as a complement, not a replacement, for the Official Poverty Measure.

Though the new supplemental measure uses a definition of income that is conceptually closer to resources available for consumption than pretax money income, a new study by University of Notre Dame economist James X. Sullivan finds that even the Supplementary Poverty Measure provides an inaccurate reflection of deprivation in this country. Sullivan argues that looking at what people consume—the housing, food and other goods they are able to enjoy—provides a more accurate indicator of who is struggling to make ends meet.

“We find that the Supplementary Poverty Measure adds to the ranks as ‘poor’ people those who have higher consumption levels and are more likely to be college graduates, to own a home and a car, to live in a larger housing unit, and to have other more favorable characteristics than those who are dropped from the definition of poverty,” says Sullivan, whose research examines the consumption, saving, and borrowing behavior of poor households in the U.S., and how welfare and tax policy affect the well-being of the poor.

The new study is published in the latest issue of the Journal of Economic Perspectives. Sullivan’s co-author is Bruce Meyer of the University of Chicago.

An accurate measure of poverty is critically important—the poverty rate is often cited by policymakers, researchers and advocates who are evaluating social programs that account for more than a half trillion dollars in government spending.

Both the official poverty measure and the Supplemental Poverty Measure use income as the basis for determining poverty, which does not capture differences over time or across households in wealth accumulation, ownership of durable goods such as houses and cars, or access to credit.