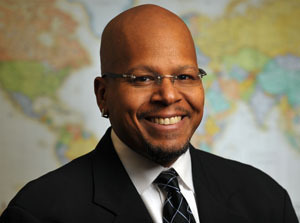 The largest-ever study on the Dalits—the so-called “untouchables” of India—reveals widespread caste-based discrimination in every aspect of daily life, according to Christian Davenport, professor of peace studies, political science and sociology at the University of Notre Dame’s Kroc Institute for International Peace Studies and one of the co-authors of the research report.

“Dalits are widely abused, and they live lives of constant humiliation, indignity and violence,” Davenport said. “They also are often deprived of water, food and health. It really is a kind of institutionalized, slow genocide.”

“Understanding Untouchability: A Comprehensive Study of Practices and Conditions,” just released by the Robert F. Kennedy Center for Justice and Human Rights and the Navsarjan Trust, uses data from 1,589 villages and 5,462 respondents in Gujarat, the westernmost state in India. The three-year study combined the efforts of academics, human rights activists and lawyers.

The report reveals that—despite Indian and international laws that ban discrimination against the Dalits—the practices of segregated housing, drinking water wells, places of worship and seating arrangements in schools and public events are nearly universal. The study also shows a pattern of “horizontal” discrimination among sub-castes of Dalits.

“Approximately one out of every six people on earth is Indian, and one out of every six Indians is a Dalit,” Davenport said. “That’s a population that is roughly the equivalent of two-thirds of the United States. This is no small problem of discrimination. It’s a massive human rights tragedy taking place in the world’s largest democracy and one of the most important countries in the world.”

“Having solid data and clear evidence of discrimination against the Dalits is critical so that government officials, religious organizations and human rights activists inside and outside of India can address the 3,000-year-old problem,” Davenport said.

Davenport is a scholar of political conflict who is working on projects involving repression and state-dissident interactions in the United States, Rwanda, India and Northern Ireland. He joined the Kroc Institute in 2008.

To read or download the report on the Dalits, visit http://kroc.nd.edu

Originally published at newsinfo.nd.edu on February 09, 2010.