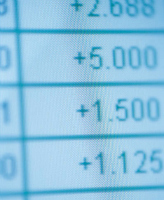 Having skills in statistical analysis is critical to many kinds of academic research and problem solving. It’s also the focus of the annual Bernoulli Awards, a competition for Notre Dame undergraduates sponsored by the Department of Economics.

The anonymous donor who funds the awards works in his own financial management firm and has found that the ability to conduct statistical research is just as integral to the business world. With the awards program, he hopes to motivate students to hone such skills—and thereby enhance their potential for success after graduation, whether they apply to graduate school or enter the professional world.

As an undergraduate at Notre Dame, the donor wrote a paper that was accepted by and published in a peer-reviewed, scholarly journal, says Richard Jensen, professor and chair of the Department of Economics. The program he’s created recognizes those poised to do the same.

Winning papers must be “ready” for publication; second prize awards are given to papers that could be brought to this level after some revision. Work that is not deemed ready for a top journal, yet offers analysis that goes well beyond a typical senior honors thesis, receives honorable mention.

“This makes the competition more difficult, it also makes the awards more meaningful,” Jensen says. “The idea was to set measures that base the awards on external standards of excellence rather than make it merely a competition among the best Notre Dame students in any given year. Because of this, the panel of judges can select more than one award in each category if it concludes that multiple submissions meet the exceptional guidelines.”

Conversely, says Jensen, the panel also reserves the right not to give out any prizes in a particular year when none of the submissions rise to the level of quality the Bernoulli Awards requires.

“I doubt that the Bernoulli Awards are ‘unique,’ but they are certainly rare in that they combine three aspects of other types of awards,” says Jensen. “They are based on original research by undergraduate students, they are open to any student whose research uses statistical methods, and, lastly, the size of the prizes is large compared to others devoted to undergraduate research of which I am aware.”

Other winning entries from recent years have addressed topics as diverse as the impact of daylight saving time on electricity consumption in Indiana to predicting bulimic tendencies in adolescents to an analysis of the potential for the existence of nanoparticles in aqueous environments.

Jensen says he encourages students from all disciplines to take on the challenge of writing and submitting a paper to the Bernoulli Awards. The experience helps push undergraduate students to a new level of achievement and shows them they are capable of success not just as undergraduates but in the wider academic and professional community as well.

The submission deadline for this year’s Bernoulli Awards is Friday, April 1, 2011.