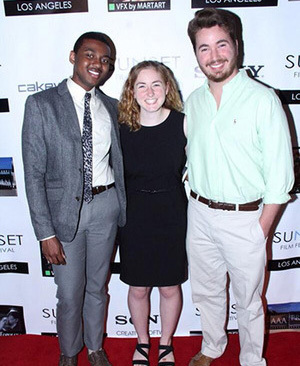 In The Suicide Disease, Katie Mattie, Vincent Moore, and William Neal tell the story of Frances Shavers, who worked at Notre Dame as chief-of-staff and special assistant to University President Father John Jenkins, C.S.C., before she was diagnosed with Trigeminal Neuralgia (TN). The malady causes excruciating facial pain, so much so that a significant number of those afflicted resort to killing themselves.

Shavers is not among them, however, and the students’ film captures her struggle with the disease, her fight to find relief, and her strong support network of friends and family.

“While this project certainly introduced me to the many technical aspects of documentary filmmaking, I took away so much more,” said Moore, now a web developer with Accenture in Chicago. “Frances’ story taught me the value of perseverance under both everyday and extraordinary circumstances.” 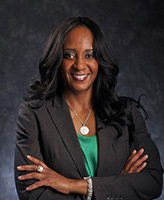 Mattie, who is currently writing a novel and teaching children creative writing and goal setting, called Shavers “grace and courage in human form.”

“There is no greater role model for looking fear in the face and saying ‘You don’t control me,’” she said. “What I’ve learned through this experience and getting to know Frances and (her husband) George (Horn) is that love can be so selfless and so powerful that a person can be dragged through hell and not care, because spending another day with the people you love is the only thing that matters.”

The trio came to their subject through Ted Mandell, an associate professional specialist in the Department of Film, Television, and Theatre (FTT).

“Frances and George—with whom I’ve played softball for years—reached out to me in the spring of 2013,” Mandell recalled. “Frances wanted to see if someone on campus could tell her story.”

“Sitting in Ted’s office, we heard Frances’ story and watched a frightening iPhone video of a TN attack,” Neal said. “We were stunned by what we learned.”

When the three FTT students sat down to interview Frances for the first time, whatever expectations they might have had of someone suffering from a horrible disease were immediately erased by Frances’ vibrant and joyful personality, Neal said.

University support was critical to the project, the students said. Notre Dame’s Broad Avenue Filmmaker’s Award, created by FTT alumna Mary Parent ’86, provided funds for the three students to accompany Shavers to the Cleveland Clinic, go to one of her acupuncture sessions in Indianapolis, and fly out to the Sunset Film Festival in Los Angeles in May.

“Mary has been so supportive of our film and all of the documentary films in the FTT department,” Mattie said. “She even met with us to discuss The Suicide Disease after it was made to offer more support if we needed it.”

Mandell’s advice as teacher and mentor, Neal said, was also “incredibly crucial in making the documentary such a success.”

The students said they plan to keep the film online to spread awareness of Trigeminal Neuralgia, hoping people will discover Shavers’ inspirational story. Perhaps, Neal added, medical professionals might see it and reach out to Shavers to offer their help.

The film has also drawn the attention of professional filmmaker Jess Atkinson of 3 Penny Films, said Mandell, who worked with Atkinson on the documentary 88 and 1. “I showed Jess The Suicide Disease, and he was so enthralled with the student film and with Frances that he began to shoot a feature-length doc about her.”

Although Mattie, Moore, and Neal have graduated and started their careers, they said the experience of meeting and working with Shavers has had a lasting impact.

“In spite of the hardship and the pain that Frances has suffered over the past few years, she continues to believe and she continues to laugh,” said Neal, who is working in New Orleans on incoming film and television productions in the area. “Frances taught me that no matter the circumstance, be it good or bad, one must continually challenge and fight the limits set forth both by oneself and by others in order to truly persevere.”

After completing the documentary last fall, Mattie and Moore attended Sunday yoga classes taught by Shavers, and all three have dined with Shavers and her husband on several occasions.

“We always want to keep informed with what’s happening in her life, of course, but we also just love talking to her,” Neal said. “She’s always shown such sincere interest in our lives and can always be counted on to make us laugh and smile. She is a truly remarkable person, and we will always care deeply for Frances and George.”