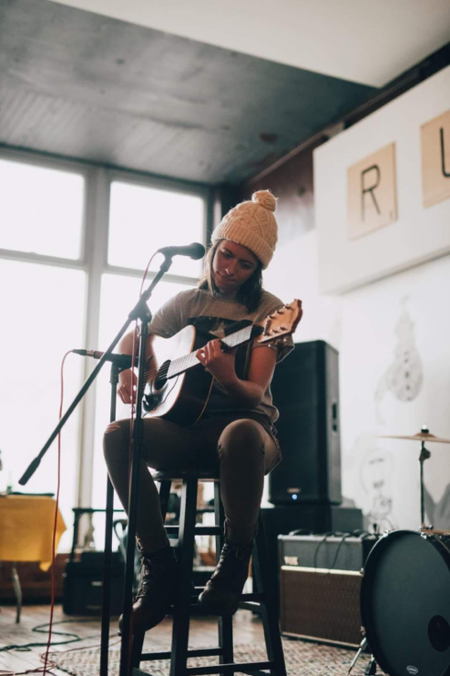 Julia Steiner ’14 writes songs and plays them in a Chicago-based rock band called Ratboys. She grew up in Louisville, Kentucky, before attending Notre Dame, where she graduated in 2014 with a degree in English. During her third year at the University, Steiner studied abroad in Dublin and attended Trinity College. She returned in summer 2014 to intern in the sports department at RTÉ, Ireland’s National Broadcaster.

Here, Steiner reflects on her time in Dublin and the influence it had on her music.

When I initially applied to study abroad in Dublin, my interest in doing so rested mainly in certain academic opportunities and the year-long duration of ND’s Trinity College program. Once I arrived in Dublin, though, I immediately realized another bounty of the place — this was, undoubtedly, a music town.

As a songwriter and musician myself, this aspect of the culture fascinated me. And, without hesitation, I dove right in, quietly writing songs in my flat and then playing them live in the basements and back rooms of pubs. I saw traditional Irish bands play all over the city as well as taking in touring acts from all over the world at Whelan’s, Vicar Street, and the Workman’s Club. During my 12 months in Dublin as a student and later as an intern at RTÉ, I got to explore countless nooks and crannies of the city’s musical life. It became clear to me early on that, for Dubliners, music represents not only a way to have fun and let loose, but also a way to see themselves, a way to build identity together. And each day as I played, wrote, learned, and took in the sounds, I joyfully sought to enter into that exchange.

I might not have realized it back then, but looking back now I can say without a doubt that my time spent in Dublin cemented my love of performing and storytelling through song. Once I graduated in 2014, I knew that I wanted to pursue a career playing music, and one of the first goals I remember writing down was to tour Europe someday and to eventually make it back to Dublin to perform with my band, Ratboys. Through some strokes of good luck, hard work, and lots of generosity from friends, we made it back to Dublin way sooner than I could have hoped. In September 2016, Ratboys set out on a five-week tour across Europe and the UK, playing in such far-flung and beautiful places as Zagreb, Oviedo, Stockholm, and Milan.

It’s no contest though. For me, the highlight of the trip was our three-day stretch playing in Ireland. We played two rowdy shows in Cork and Galway, and then, on a sunny Thursday, we returned to Dublin for a gig at Whelan’s Upstairs. While we were back in town, I got to take my bandmates for a pint at The Long Hall, followed by some quintessential Dublin burritos (such a thing does exist, crazy as it sounds) and a stroll through Merrion Square. The staff at O’Connell House hosted us for lunch and then rallied a bunch of current Notre Dame Dublin students to come to our show that night. Playing in a room where I had spent so much time enjoying music as a fan and sowing seeds of my own imagination and desire was honestly a monumental moment in my life. I felt affirmed, right back in Dublin, playing my songs in the city that so shaped them and so shaped me. 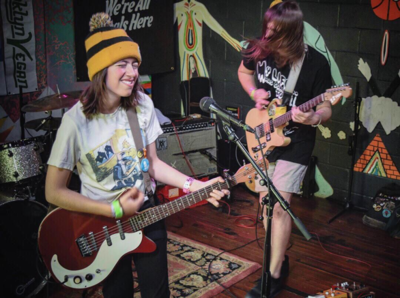 My career playing in Ratboys continues to grow and expand — we embarked on a second tour of Europe and the UK in summer 2018, and we continue to write, record, and tour in the U.S. year-round. While we won’t be able to play in Ireland every time we cross the Atlantic, when the time does come to return again (and I know that time will come more than once, and sooner rather than later), I can precisely predict how it will feel to be back — like walking into an old embrace and finding myself so fully once more, within the snug contact of a song.