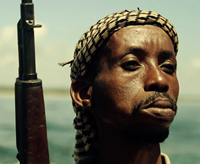 A movie produced and co-written by University of Notre Dame alumnus John Hibey ’05 was awarded the jury prize for short filmmaking at the 2012 Sundance Film Festival in Park City, Utah.

The winning film, Fishing Without Nets, tells a tale of a poor, young Somali fisherman who ends up joining a group of pirates.

“By approaching a story of epic scope with an intimate perspective, this visually stunning film creates a rare, inside point of view that humanizes a global story,” the Sundance short film jury said in announcing the prize on January 24.

Going to the Source

Hibey, who was a major in both the Program of Liberal Studies (PLS) and the Department of Film, Television, and Theatre, is a freelance film and video maker in Washington, D.C., where he worked on a number of projects with director and co-writer Cutter Hodierne.

Intrigued by a series of Somali pirate stories in The New York Times, the two men began writing a script together. Eventually, recalls Hodierne, they decided to go to East Africa to learn about pirate life directly from Somali refugees. “John’s just the sort of guy who would do that sort of thing,” he says. 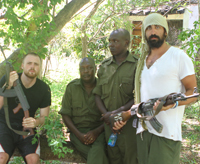 When Hibey and Hodierne left for Mombasa, Kenya, in late 2010, they thought the trip would last about five weeks. They ended up staying three and a half months. And what the two men found there was a world far from their own.

“Nothing could prepare you for the heightened level of our alert system,” Hibey says. “We were constantly at attention.”

Navigating an unfamiliar culture was only part of the challenge in creating Fishing Without Nets, he says. The men cast locals—not trained actors—and they filmed the movie in the Somali language.

Doing so, Hibey says, meant finding people in Kenya who could translate dialogue from English to Swahili and from Swahili to Somali, and trusting that the words actually spoken on film were the ones he and Hodierne intended. To make sure, the men showed their work to a group of immigrants back in Washington, D.C., who call themselves the “Somali Embassy.”

“Attempting to relate ideas through two language barriers is a frustrating yet incredibly creative endeavor,” Hibey says. “We had to learn, in a very quick time, a nonverbal way of communicating. It was a shock and a relief months later when we found from our ‘Somali Embassy’ that everything was going as intended, if not better. The wing and a prayer panned out.” 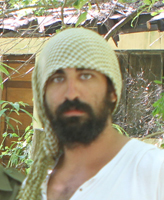 The end result, Fishing Without Nets, was one of 64 films selected from a record 7,675 submissions in the 2012 shorts competition at Sundance. This led to an invitation for Hibey to write about the project for The Huffington Post’s “Sundance Diaries” series.

“To tell a Somali pirate story from the perspective of the pirates,” Hibey explains in his first column, “we had to borrow from our cast’s lives, from the stories of the characters we were portraying, and from the stories we had researched prior to our trip to Kenya. In this strange conflagration of real and not real, we found a powerful narrative.”

The buzz around the film only intensified after the award was announced last week, and the team has been meeting with potential backers about returning to Kenya to turn the winning short into a full-length feature.

Whether he is promoting a movie at Sundance, filming in Kenya, writing, acting, or making music videos and commercials, Hibey says he continues to draw on the skills and experiences he developed as a student in Notre Dame’s College of Arts and Letters.

“In both the film program and PLS, we were encouraged to bounce ideas off our fellow students, to expand our knowledge base or creativity before shooting projects or writing pages,” Hibey says. “Cutter and I take a similar creative approach to finding the narrative in Fishing Without Nets.

“For developing a collaborative creative process, those two degrees in tandem, both of which inspired a creative approach to discourse, opened me up to a way of going about my work.”

A Tradition of Success

Hibey is just the latest Arts and Letters alumnus to make an impact at the prestigious Sundance Film Festival.

Peter D. Richardson ’02 won the 2011 festival’s U.S. Documentary Competition Grand Jury Prize for How to Die in Oregon. The film, television, and theatre major’s previous documentary, Clear Cut: The Story of Philomath, Oregon, premiered at the festival in 2006.

Actor William Mapother ’87, who was an English major at Notre Dame, starred in the science fiction drama Another Earth, which won the 2011 festival’s Alfred P. Sloane Prize. The annual award is for an outstanding feature film focusing on science or technology as a theme, or depicting a scientist, engineer, or mathematician as a major character. The film also won a Special Jury Prize in the U.S. Dramatic category for co-writers Mike Cahill and Brit Marling.