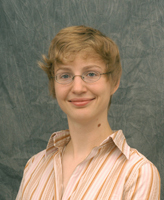 A new initiative in the Department of Psychology is uniting faculty from across the University of Notre Dame who study various aspects of the mind’s connection to the brain.

Assistant Professors Michelle Wirth and Jessica Payne—who both joined the department last year—created the group called Conversations on Brain, Mind and Behavior as a platform for faculty to share ideas in their various areas of expertise and to inspire new research collaborations.

“We are grounded in biopsychology and neuroscience, but we didn’t even know faculty in other fields who are also interested in brain and mind,” Wirth says. “So we wanted to create a group where faculty could get together to read papers, have discussions, and bring in some outside speakers who do things related to brain and mind.”

The goal is to be “as far-reaching as possible,” Payne says, “and to bring people together who normally wouldn’t get a chance to dialogue.” 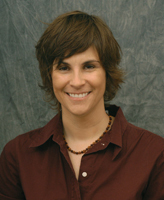 The University is supporting the endeavor through a grant program for cross-college collaborations called the Provost’s Initiative on Building Intellectual Community. And building community is exactly what the new group is doing.

“Lately, we’ve been meeting about twice a month,” Wirth says. “We’ve had different members give informal presentations on their work, and we’ve had some lively discussions. Just meeting people and learning about what they do has been very rewarding.”

The meetings began in February 2010 with faculty from biology, anthropology, and psychology. Faculty from philosophy and business are members now as well.

“It’s been exciting to see everyone come together. I’ve been so impressed to see the breadth of departmental representation,” says Professor Sunny Boyd, director of graduate studies for the Department of Biology and associate vice president for research for the University.

The group has also begun to invite select graduate students to its meetings, and Wirth anticipates expanding to include more graduate students over time. In the meanwhile, student interest in this topic has been growing, she says, as evidenced by a new organization called Society for Mind, Brain, and Behavior, which aims to promote research and knowledge about the brain and for which Wirth and Payne serve as the faculty advisors.

“They’re coming to me in droves wanting to find out about careers,” Wirth says, “and wanting to get involved in research.”

Some research collaboration has already started, Payne says, and the growing interaction between faculty members may also lead to more cross-listing of classes between the Colleges. “We’re really trying to find a way to capitalize on the people that we have here,” she says.

Conversations on Brain, Mind and Behavior is also using its grant funding to invite outside experts to speak at Notre Dame this academic year. Barbara Bendlin, an assistant professor at the University of Wisconsin School of Medicine and Public Health who studies the aging brain and Alzheimer’s disease, is presenting a lecture next semester while Emory University’s C. H. Candler Professor of Primate Behavior Frans de Waal—whom Wirth calls one of the leading primatologists in the world—is coming to Notre Dame in January 2011.

“Without the Conversations on Brain, Mind, and Behavior, we wouldn’t have had the funding and initiative to get him to come here,” she says.

Some of the longer-term goals of the group include more research projects and a colloquium series. “I think that there are many of us that are participating in these meetings,” Boyd says, “who also have a desire to see a neuroscience or a cognitive science program develop.”