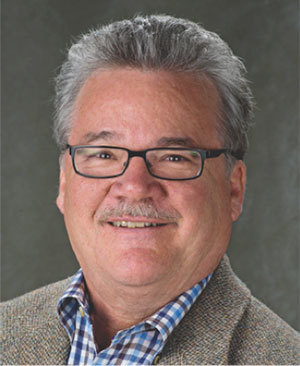 John P. Welle, a professor of Italian in Notre Dame’s Department of Romance Languages and Literatures, has won a fellowship from the American Council of Learned Societies to finish his book, The Poet and the Diva: Print Media from the Golden Age of Italian Silent Film.

Welle’s research examines discourses on stardom and celebrity from 1890 to 1920, when the Italian film industry flourished by promoting poets and divas.

“Winning the fellowship means that I can finish a very ambitious book that would have been very difficult to complete,” he said. “It confers the highest recognition of the quality of my past and current scholarship from one of the most distinguished research organizations in the country. It also encourages me to continue to take the kind of risks that lead to originality in scholarship.”

Welle’s interest in the golden age of Italian silent film grew from a desire to create new knowledge that expands what is possible to teach in Italian film history, he said.

“The field has been focused on contemporary films and films from the 1950s onward,” he said. “Scholarship should extend the range of what we know and, therefore, can teach. The particular focus I pursue—print media in relation to the flowering of film production in Italy known as the golden age—stems from my longstanding interest in the relationship between film and literature in Italy.”

By 1914, not long after the birth of silent film, Italy already had more than 100 periodicals devoted to cinema. Through analyzing print media—short stories, novels, biographies, film journals, acting manuals, and interviews with actors and actresses—Welle hopes to bring forward “the parameters of the celebrity culture of an important historical moment, just before fascism.”

“My book is a cultural history of the emergence of cinema in Italy that also puts into conversation the history of theatre and of literature with politics and celebrity culture," he said. "I hope the reader will see the similarities between the period and the celebrity culture of our own moment in history, and understand the dangers when the boundaries separating entertainment from journalism and politics become blurred.”

Welle began research for the book many years ago and has worked in archives and libraries throughout Italy—in Rome, Florence, Bologna, Turin and Milan—as well as in London, New York, Chicago, and Washington, D.C. He hopes to finish the manuscript before August 2016, the end of the fellowship period.

“My work has a long research trajectory and a relatively short writing period to follow up on new materials,” he said. “It takes a considerable amount of time to digest these kinds of primary materials and to figure out how best to weave them together and to present my findings to the scholarly community.”

Along the way, Welle will give lectures and present papers to test his ideas through audience reactions.

The ACLS awarded 70 fellowships this year from a pool of more than 1,000 applicants. Welle is one of two Notre Dame faculty members selected, along with political scientist Eileen Hunt Botting, who is working on a book project called Frankenstein and the Question of Human Development.

The honor, Welle said, was a major vote of confidence in his work.

“Because of the long gestation period for a project like this, I was beginning to feel somewhat discouraged and frustrated,” he said. “Winning this fellowship is a vindication—patience is an important virtue in a scholar, and quality will win out at the end.”

Welle, a concurrent professor in the Department of Film, Television, and Theatre, will not teach during the fellowship period, but his research informs his courses at both the undergraduate and graduate levels.

“I encourage students to explore primary documents, many of which can be located online, and to test and exercise their abilities to interpret,” he said. “I also use the poetry that I have translated to teach modern Italian literature and film history, using literary works that are relevant for the history of film and media.”

Welle is currently planning another research project that will explore the ancient folk art of terra cotta whistle figurines in Puglia, a region in southern Italy where Welle and his wife, Mary Kay, once lived.

“While this tradition can be dated to 400 years B.C., in recent decades comic film actors such as Totò and Roberto Benigni have become popular subjects of the artisans and artists who work in this medium. I have always been fascinated by how modern Italy revisits past traditions, and I enjoy sharing the beautiful things I discover with other people.”