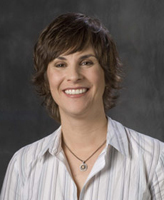 Witnessing a car wreck or encountering a poisonous snake are scenes that become etched in our memories.

But how do we process and store these emotional scenes so that they’re preserved more efficiently than other, more neutral memories?

In a new study published recently in Frontiers in Integrative Neuroscience, University of Notre Dame psychology researchers Jessica Payne and Alexis Chambers found that people who experienced rapid eye movement (REM) sleep soon after being presented with an emotionally-charged negative scene—a wrecked car on a street, for example—had superior memory for the emotional object compared to subjects whose sleep was delayed for at least 16 hours.

These results suggest that the sleeping brain preserves in long-term memory only those scenes that are emotionally salient and aid in adaptation.

“Our results suggest that REM sleep, which has long been thought to play a role in emotional processing and emotional memory, helps us selectively preserve in memory only what is most important and perhaps beneficial to survival,” says Payne, assistant professor and Nancy O’Neill Collegiate Chair in Psychology, who specializes in sleep’s impact on memory, creativity, and the ability to process new ideas.

We know that emotional events occupy a privileged position in our memories—they shape our personalities, represent defeats and achievements, mark milestones in our lives, and often drive anxiety and mood disorders.

This study shows that the sleeping brain doesn’t just consolidate all recently encountered information. It appears to select for consolidation only the most emotional part of the experience, and the evidence suggests that REM sleep critically modulates memory for highly arousing emotional information.