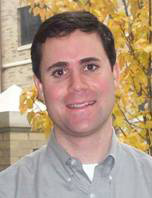 The “market basket” measure of U.S. poverty has, with little modification, dutifully tracked family well-being since the “war on poverty” brought the plight of the nation’s poorest into America’s living rooms in the 1960s. But is a mechanism that relies so heavily on personal income data still up to this task?

That’s one of the questions James Sullivan, associate professor in the Department of Economics and Econometrics, addresses in ongoing research that fundamentally challenges the nation’s official poverty measure. A key finding from this research is that it’s better to track the well-being of the poor by looking at what they consume rather than at their income.

Sullivan notes that there is a lot of evidence that personal income is significantly underreported in surveys, particularly for the most disadvantaged. “When you look at the poorest households,” he says, “consumption exceeds reported income considerably.”

It’s difficult to find a definitive answer as to why these surveys fail to capture the full scope of people’s resources, but Sullivan and others have identified some likely factors.

One is that for poor households income tends to be sporadic and come from many sources. “If you’re a typical wage earner, you probably know your income. That’s not so clear to the poor,” who struggle to make ends meet in a variety of ways. In addition, official income-based measures of well-being miss a number of revenue streams that are critical to poor families, such as food stamps and the Earned Income Tax Credit.

Researchers also tend to have more luck finding out what people do with their income than asking them how they got it in the first place.

“People are much less sensitive about telling the government what they spent at the grocery store than what income they’re earning,” Sullivan says.

Last December, he and the University of Chicago’s Bruce Meyer published “Changes in the Consumption, Income, and Well-Being of Single Mother Headed Families” in the venerable American Economic Review (AER), one of the nation’s oldest scholarly journals in economics. Their research analyzes U.S. Census Bureau survey data to construct a revised consumption-based model of poverty in America.

“The AER is without question the most prestigious economics journal in the world—in fact, its dominance of the economics discipline is difficult to overstate,” says Richard Jensen, professor of economics and chair of the Department of Economics and Econometrics. “It is more widely subscribed to, read, and cited than any other economics journal.”

Regarding his appearance in the AER, Sullivan is self-effacing. What’s more important, he says, is that the journal’s stature means his research will receive greater attention from the economists and government officials who are participating in a broad review of poverty measurements and the policy implications of any changes in those measurements.

Sullivan’s co-author Meyer has already testified before Congress on improving methods designed to track poverty, and the Notre Dame economist thinks that national policymakers now could be seriously interested in a comprehensive overhaul of poverty standards. A better measure also would have the collateral benefit of creating a clearer perspective on the real material deprivation experienced by America’s lowest income groups.

Sullivan suggests that by paying more attention to how people in these income brackets actually live—whether they can put food on the table, for instance—a more accurate portrayal of well-being and poverty emerges. Having a more complete picture, he thinks, will allow policymakers not only to improve the evaluation of existing programs but to devise new, more targeted intervention mechanisms, as well.

“If you don’t have a good measure of well-being, you can’t accurately assess the impact of your programs,” Sullivan says.

He hopes that his research will eventually lead to better antipoverty programs. “Fighting poverty is a lot more complicated than just giving money away,” he says, pointing out that even the most well intended initiatives can ultimately have detrimental effects on families if they’re not properly conceived.

It was as a Notre Dame undergraduate that Sullivan first thought about applying his interest in economics to the problem of poverty in America. He later gained some real world exposure to the plight of the poor when he taught high school in the Bronx as part of a post-graduate volunteer program.

In his alma mater, he thinks he’s found the ideal environment to pursue his research.

“I am free to work on whatever I want, I can study whatever I am interested in, but this research is especially welcome at Notre Dame because its policy relevance and focus on the poor aligns well with the University’s mission,” Sullivan says.

His next step is to ask broader questions about the nature of deprivation and the way in which Americans typically define quality of life. As such, he is adding items on time use, overall health, and environment—factors that can have little to do with a person’s reported or actual income—to his analysis of well-being among vulnerable communities.