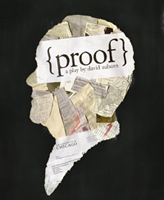 Raise the curtain, cue the lights, and enter our scene: an actress who discovers a hidden passion for costume design, a dedicated designer who seizes a prime opportunity, and the department where it all happens.

This is the true story of seniors Lucy Lavely and Robert Jenista, theatre students in the Department of Film, Television, and Theatre (FTT), who played major design roles in the spring 2011 production of Proof. Lavely worked as costume designer, while Jenista served as set designer.

“They are both phenomenal—very professional, very on top of things,” says Proof Director Cheryl Turski, a Notre Dame alumnae and visiting guest artist. “I couldn’t have asked for more intelligent, creative designers.”

A Glynn Family Honors student in the College of Arts and Letters, Jenista found his niche early on—during an Introduction to Theatre course with Visiting Assistant Professor Marcus Stephens. 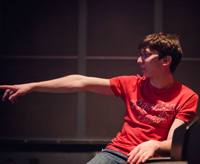 “We were required to come into the scene shop and do lab hours,” Jenista recalls. “While I was there, even though I did not have a knack for tech in high school, I really dedicated myself and had a great time. From then on, I worked with department shows as a carpenter, I started building student productions—that’s really how I got into scenery—and I took off from there.”

He soon realized that such opportunities weren’t always open to students at other schools. “In summer stock, people my age had barely done anything,” he says. “Here I was, a sophomore, and I had already designed and built half a dozen shows. I’ve always appreciated how hands-on our department is. I’ve always felt valued.”

In the spring of his junior year, Jenista served as technical director for the main stage production of Blithe Spirit—a big show with “a lot of tricky scenery,” he says. Afterward, his department mentors (Stephens, Associate Professional Specialist C. Kenneth Cole, and Associate Professor Christine Becker) suggested he become set designer for Proof.

The opportunity to serve in both type of roles has provided Jenista with the experience he needed to complete the capstone of his honors program—a senior thesis on the relationship between the technical director and the scene designer. 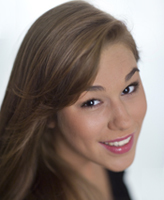 Primarily an actress, Lavely did not discover her talent for costume design until much later in her college career. The prospect of a trip to London, she says, enticed her to sign up for a History of Costume course held spring semester of her junior year.

“I fell madly in love with the work we were doing in the class,” she says. “I sort of had this big, sky-opening, world-crashing discovery. I really got into the research, and it was the first time in a while that I had really been intrigued.”

The next fall, Lavely took Makeup for the Stage, Costume Design, and Draping and Flat Patternmaking. “I did a total crash course,” she says. At the end of the semester, her mentor, Professional Specialist Richard E. Donnelly, appointed her as the first student costume designer on a mainstage production in his 22 years at Notre Dame.

“It meant sacrificing a performance opportunity,” she says, “but … I was really intrigued by this part of my brain that I had awakened, so I decided to take the leap.”

Lavely threw herself into the challenge and spent many late nights developing her design. “Costumes need to be a quick reference guide for the audience,” she says. “The minute that the curtain opens, the audience needs to know where the characters are, the relationship between people, the time period, and what’s going on.”

Both students say the preparation for Proof was intense, but seeing their work on stage made up for the exhausting production. “I enjoyed every part of the process and felt a lot of reward seeing it on stage,” Lavely says.

Jenista was especially gratified by the South Bend Tribune’s review of the show. “It said, ‘Robert Jenista’s set does a good job representing the character’s mental illness and gives us a glimpse into his mind.’ I managed to communicate exactly what I wanted.” 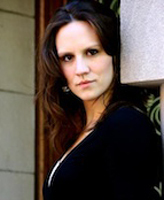 For Turski, working with student designers was just as fulfilling. “I was so impressed with the amount of work that they did, and their ability to communicate with me on a creative level,” she says.

Strong mentoring is a hallmark of the department, and both students say close working relationships with Turski and other FTT faculty—including Cole, Donnelly, and Stephens—helped them achieve their goals.

“They’re real theatre practitioners, and they treat us as professionals,” Jenista says.

While Turski notes that the skills Lavely and Jenista developed through their various roles in FTT productions could help them succeed in any career field, both students are pursing a future in theatre.

After graduation, Jenista will be the assistant technical director for the West Virginia Public Theatre Summer Stock. Lavely will pursue an M.F.A. in acting at Florida State University—a program that auditioned 1,400 students for just 12 spots, she says.

“The piece of my soul that was nurtured here landed me a spot,” Lavely says. “You have no idea how many creative doors are in your brain waiting to be opened. That’s the beauty of FTT.”