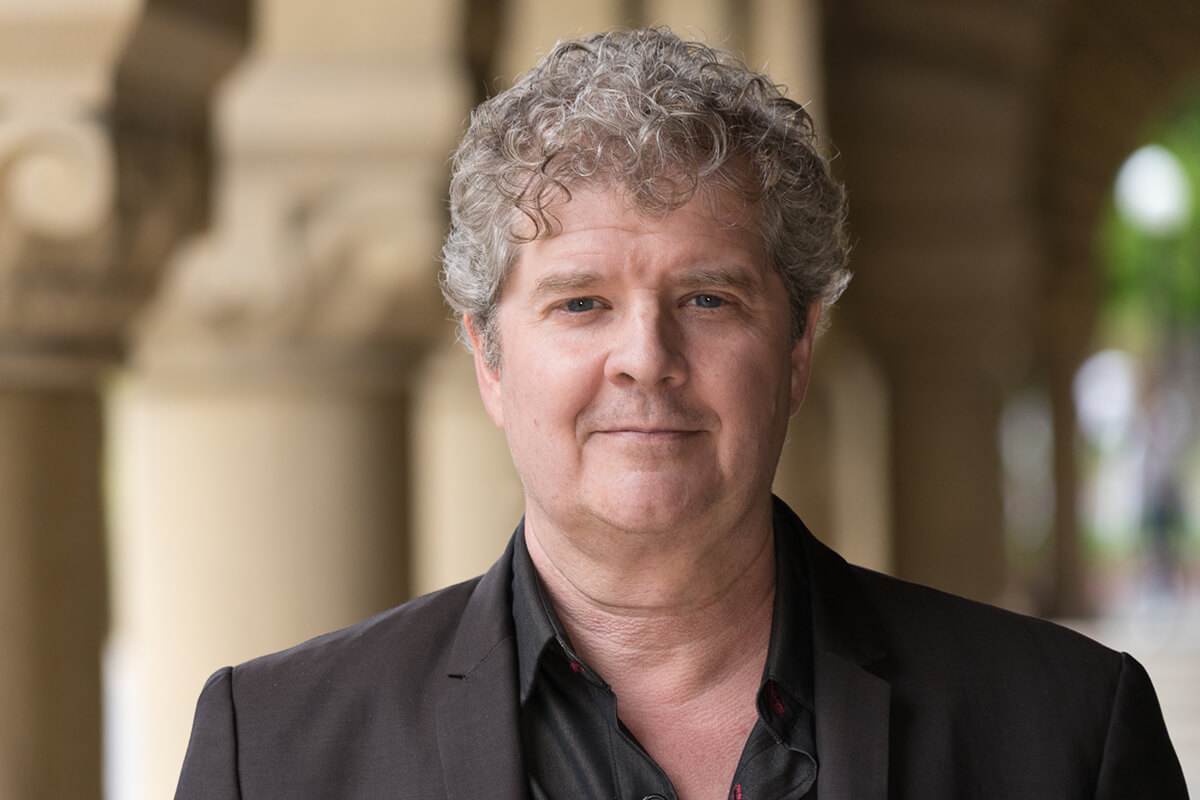 For his entire academic career, Sean Reardon ’86 ’91 MA has sought to use his passions — the humanities and quantitative research — to make a difference in the field of education.

One of the nation’s leading experts on educational inequality, Reardon researches how opportunities and outcomes vary in the United States for students of different racial, ethnic, or socioeconomic backgrounds.

Reardon’s path to his current position, Professor of Poverty and Inequality in Education at Stanford University, is long and sprawling. It includes stops on a South Dakota Indian Reservation, a New Jersey Quaker school, and further academic work at Harvard and Penn State — but it all began at Notre Dame.

He arrived in South Bend knowing he wanted to study math, but when Reardon discovered the Program of Liberal Studies in the College of Arts and Letters, he fell in love.

“I learned about PLS my first year, and it really appealed to me — the great books tradition, small class sizes, and thinking about big ideas was very exciting to me at an intellectual level,” he said. “It was the ideal education. I was like a kid in a candy shop.”

At the same time, he pursued an honors math minor and enjoyed using a much different part of his intellect. Both aspects of his education still serve him well,  he said.

“My research now is big data, highly quantitative work, but I’ve also done ethnographic work and much more qualitative investigative work,” he said. “And I still enjoy those parts of it. So getting the chance to do both in college was great preparation for having a broad view of social science research as an adult.”

“I study inequality and equity, and central to that are the questions of what we mean by equity, what we mean by justice, what we mean by inequality. I constantly have to think about what our definitions are and what we are striving for. You can’t figure out how to get there unless you can identify the target. Those are very similar conversations to what I used to have in PLS.”

Outside of his studies, Reardon was also a letter-winning member of the fencing team, which won a national championship his senior year, though he had never fenced before coming to Notre Dame.

Reardon’s Arts and Letters education also instilled in him an appreciation for Notre Dame’s focus on service and social justice.

“To me, the lasting things about Notre Dame are not just the academic pleasure I had there, but also the emphasis on social justice and service work,” he said.

Taking that mission to heart after graduation, Reardon postponed his graduate school plans and moved to South Dakota to teach at Red Cloud Indian School on the Pine Ridge Indian Reservation.

“That was probably the best decision I ever made — to not go straight to graduate school and instead to do something personally challenging and rewarding,” Reardon said.

After two years in South Dakota, Reardon began teaching in a much different setting in Moorestown, New Jersey, an eastern suburb of Philadelphia.

“They’re almost as far apart socioeconomically as you can get in America,” he said of the two communities in which he taught. “I spent a lot of time while teaching and living in those communities thinking about the real disparities in the kinds of opportunities kids had, not just in terms of education but in the sense of possibilities in what they could do and how that was constrained by a variety of factors.

“That became my focus in graduate school, and it’s what I’ve really been working on ever since.”

That journey through graduate school brought Reardon back to Notre Dame, where he earned a master's in international peace studies.

From there, Reardon went to Harvard’s Graduate School of Education, where he continued to combine qualitative, more humanistic work with more quantitative policy work, keeping with the same dual focus he had as an undergraduate.

Reardon took his first faculty position at Penn State’s College of Education in 1999, before coming to Stanford in 2004.

His current research project involves collecting test scores from every public school in the country — some 300 million data points — with the goal of mapping the inequality in American education and determining how to help close the gap.

“I do what a friend calls ‘education epidemiology,’” Reardon said. “It’s the educational equivalent of what public health people do, just trying to map out the patterns of a problem. In my case, it’s the patterns of educational opportunity and outcomes, as a way to try to understand inequality in America and then try to figure out where the levers are to reduce that inequality.”

And throughout his entire academic career — on both the quantitative and qualitative ends — Reardon remains grounded in the liberal arts questions he first grappled with at Notre Dame.

“I constantly have to think about what our definitions are and what we are striving for. You can’t figure out how to get there unless you can identify the target. So I get asked all the time what are we really aiming for here, and in some ways, those are very similar conversations to what I used to have in PLS.”