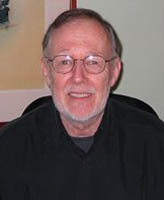 Novelist Mo Yan today became the first Chinese writer to win the Nobel Prize in Literature. If you have ever read any of his work in English, you probably have Howard Goldblatt to thank.

Big Breasts and Wide Hips, Red Sorghum, The Republic of Wine, The Garlic Ballads, and Shifu, You’ll Do Anything for a Laugh, are among the author’s works translated by Goldblatt, a professor of Chinese in Notre Dame’s Department of East Asian Languages and Literatures from 2002-2011.

While at the University, Goldblatt’s translation of Mo’s Life and Death Are Wearing Me Out won the inaugural Newman Prize for Chinese Literature in 2009. That same year, he was awarded a John Simon Guggenheim Memorial Foundation Fellowship to translate Mo’s novel Tanxiang Xing (Sandalwood Death).

Accurately conveying the meaning and style of the original work is a delicate task. It requires not just fluency in both languages and cultures but the sensibility of a creative writer, Goldblatt says.

“It’s never a word for word conversion—it just can’t be,” he says. “I like to say that we who translate from Chinese into English have a requirement to be more creative, because the languages are so disparate.”

Known as the foremost translator of modern and contemporary Chinese literature in the West, Goldblatt has published English translations of more than 40 novels and story collections by writers from China, Taiwan, and Hong Kong, including three of the first five winners of the Man Asian Literary Prize: Wolf Totem by Jiang Rong in 2007, Su Tong’s The Boat to Redemption in 2009, and, in 2010, Three Sisters by Bi Feiyu (translated with Sylvia Li-chun Lin).

Together with Lin, associate professor of modern and contemporary Chinese literature, film, and culture in Notre Dame’s College of Arts and Letters, Goldblatt won the American Literary Translators Association translation of the year award in 1999 for their edition of Notes of a Desolate Man by Taiwanese novelist Chu T’ien-wen. The annual prize recognizes the best book translation into English from any language in the world.

Goldblatt is also the recipient of two translation fellowships from the National Endowment for the Arts, the founding editor of the scholarly journal Modern Chinese Literature, and author and editor of several books on the subject. At Notre Dame, he directed the Center for Asian Studies, one of the projects funded by the Liu Family Endowment for Excellence in Support of Asian Studies and Asian-American Students.

Most recently, the Liu family endowed a new Institute for Asia and Asian Studies that is allowing the University to expand its investment in this vital area of scholarship.