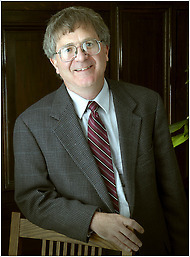 In recognition of the 50th anniversary of President John F. Kennedy’s historic speech on the separation of church and state, the University of Notre Dame will present “Remind Me: Why Did Anyone Care if JFK was a Catholic?” on Sept. 10 (Friday) from 4 to 6 p.m. in the auditorium of the Hesburgh Center for International Studies. The lecture is free and open to the public.

The event is sponsored by Notre Dame’s Department of Political Science, the Rooney Center for the Study of American Democracy and the Tocqueville Program for Inquiry Into Religion and American Public Life. The presentation is the inaugural lecture of the James P. Reilly, Jr., series on religion and public life.