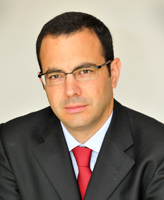 In the midst of Greece’s first financial collapse that shook the European Union one year ago, University of Notre Dame political scientist Sebastian Rosato predicted then that the financial crisis was only a symptom of a much deeper issue.

In his recent book Europe United: Power Politics and the Making of the European Community, Rosato warns of a troubled future for the entire European Union (EU).

“The Europeans failed to build a military to challenge the United States, despite lofty rhetoric to the contrary,” says Rosato. “They failed to pass a constitution. And they have been slowly eviscerating the single market and single currency.”

“Simply put,” he says, “the European Community’s best days are long gone—and there is worse to come.”

Fast forward to June 2011: Greece is once again on the brink of financial collapse, citizens are rioting against austerity measures, and Prime Minister Papandreou is considering resignation.

“Crises like the one in Greece are virtually inevitable given the structure of the EU,” Rosato says. “Indeed, most economists agree that the only way to avert further crises is for the Europeans to create a European super state. If Europe looked more like the United States of America, then events like the Greek crisis would not arise.”

“The problem is that there is no appetite for building a super state in Europe,” Rosato says, because the big driver of union—the Soviet Union—died 20 years ago.

“In retrospect, the failure to build a European military force, the failed constitution and the fraying of the economic union are all evidence that no one wants to build a ‘United States of Europe’.”

What this means is that “there are going to be more crises, perhaps in larger economies like Italy, Spain, and Portugal down the road,” Rosato explains. “The EU may survive the Greek crisis, but when one of the bigger economies runs into trouble all bets are off.”