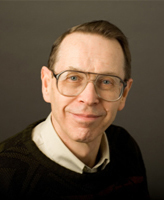 “From the immense quantity of literature on the dating of the Last Supper and of Jesus’ death, I would like to single out the treatment of the subject, outstanding both in its thoroughness and its accuracy, found in the first volume of John P. Meier’s book, A Marginal Jew: Rethinking the Historical Jesus,” the pope writes in Jesus of Nazareth, volume two, Holy Week: From the Entrance into Jerusalem to the Resurrection.

This is the second time Meier has been so honored. The pope also mentioned Meier’s work in the first volume of Jesus of Nazareth.

“The last time, in volume one, it was simply a gracious note in the back of the book,” says Meier, William K. Warren Foundation Professor of Theology in the University’s College of Arts and Letters. “In volume two, he actually draws me into the book itself and says very complimentary things there as well.”

In his introduction to the new book, Pope Benedict calls Meier’s four published volumes of A Marginal Jew “excellent” and “exhaustive.” The pope also mentions Meier’s research in the chapter about the Last Supper, in a note in the extended bibliography, and even in the glossary—where Meier was given his own entry.

Meier jokes that his glossary listing falls right between Maximus the Confessor, a Church Father and Byzantine theologian, and Melchizedek, the priest and king of Salem. “At least all three of us are, in some sense or other, priests according to the order of Melchizedek,” he says with a smile.

He says he first heard the news this spring, when the publisher offered him a chance to read proof pages of the book before it was published.

“I had no clue before then,” Meier says. “It was a very pleasant surprise.”

He was particularly pleased to be the only American the pope named among a handful of respected Catholic exegetes—many of whom Meier himself has studied and looked up to as his inspiration.

“Needless to say it was a great honor, on the one hand, just being acknowledged by the pope and, on the other hand, to be mentioned with them in a very small, selective list,” he says. “I felt extremely honored, extremely grateful to the pope for having done that.”

A New Testament scholar and priest of the Archdiocese of New York, Meier focuses his research on the quest for the historical Jesus—“that Jesus whom any serious scholar could try to reconstruct from the historical sources we have,” he says.

His premise is to find those details, based purely on historical grounds, about which a Catholic, a Protestant, a Jew, a Muslim, and an agnostic could all agree.

So far, Meier has published four volumes of A Marginal Jew: Rethinking the Historical Jesus, which have been translated into Italian, French, Portuguese, and Spanish. He is currently working on the fifth and final volume.

Earlier volumes examined Jesus’ background and the chronology of his life, his core message and ministry, the influence of those who surrounded Jesus, and his teaching on and relationship to the Mosaic law.

“I purposely kept the most difficult problems, the true enigmas, for the end,” Meier says.

In the final volume, Meier will explore Jesus’ tendency to speak in riddles and parables and to refer to himself by unusual titles and phrases, such as “son of man.”

“Not only does he speak riddles and parables, but he’s making himself the ultimate riddle and parable of God by speaking in this strange, enigmatic way,” he says.

Meier is also attempting to tease apart which parables and titles can be attributed to historical Jesus and which may have come from the early church imitating his way of teaching and speaking.

Finally, the book will examine the historical circumstances that led up to and precipitated Jesus’ death—what Meier calls the “ultimate riddle.”

“There are endless historical questions there before you ever get into the properly theological mysteries of his death and resurrection,” he says.