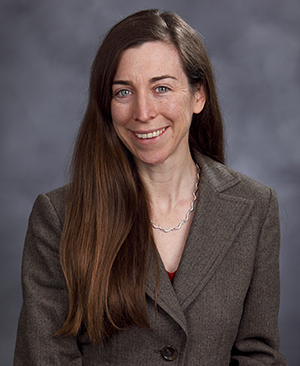 Notre Dame political scientist Eileen Hunt Botting has teamed up with a former Ph.D. student and four undergraduates to publish, for the first time, one of the few major histories of the American Revolution written by a woman.

And not just any woman. Hannah Mather Crocker, a Bostonian and active supporter of the revolution, was the first person in America to publish a book on women’s rights— Observations on the Real Rights of Women (1818). She was also the great-granddaughter and granddaughter of influential Puritan ministers Increase and Cotton Mather and the niece of colonial Massachusetts governor Thomas Hutchinson.

The book, Reminiscences and Traditions of Boston, comes out this month. “It’s very important,” says Botting, associate professor in the Department of Political Science, “because it gives us a new perspective on early American history, in particular the history of America’s founding city, Boston.” 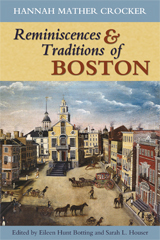 Crocker’s handwritten manuscript, covering the period from 1630 to 1829, was probably found and stored by her children after she died. It has been preserved in the New England Historic Genealogical Society for more than 130 years, Botting says.

It was her co-editor on the project, former Notre Dame graduate student Sarah Houser, who discovered back in 2002 that the society had the manuscript, Botting says.

“Sarah and I coauthored a paper on Hannah Mather Crocker’s feminist political thought, and we used the manuscript as part of our research,” she says. “Once that article was done we went back to the manuscript in Boston to study it further. I approached the library to see if they would be interested in publishing it and, if so, if Sarah and I could edit it.”

With an emphasis on the contributions of women, the resulting book includes Crocker’s first-hand accounts of events leading up to the Revolution and the Siege of Boston, as well as a chronicle of Puritan law; interactions with the British, French and Native Americans; the establishment of Boston churches; and the city’s economic growth.

“Through her life and work,” Houser says, “Crocker explored many of the enduring questions of political philosophy—the meaning of American citizenship, the role of women in a democratic society, and the importance of civic virtue, to name but a few.”

Botting and Houser continued to work on the book even after Houser completed her Ph.D. in 2010 and began a post-doctoral position at Georgetown University. Botting also recruited four of her undergraduate students from the College of Arts and Letters’ Glynn Family Honors Program to help.

“They were all excellent performers in my class, and I asked them if they would be interested in serving as editorial assistants,” Botting recalls. 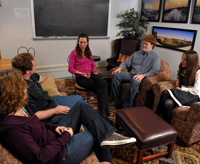 Courtney Smotherman, Michael DesJardins, Katie Mastrucci, and John Minser worked on the project during their sophomore, junior, and senior years before graduating in 2010. They are credited as assistant editors on the book’s title page.

“Our primary work was to transcribe photocopied pages of the manuscript,” Smotherman says. “We also proofed each other’s transcriptions and went on a three-day trip to Boston where we checked our work against the actual manuscript and looked for photos, maps, and other illustrative material. Our last task was to help create short biographical and historical footnotes.”

Smotherman, who is completing her master’s in Italian studies, will enter the College’s Ph.D. in Literature program next fall. “Working with Professor Botting really exposed me to the academic world in a way that normal undergraduates aren’t,” she says. “This project was a wonderful opportunity to learn how to work with manuscripts—something I certainly will do more of in the future—and about the process of getting a book published.”

DesJardins, who is working as a nonprofit grant writer this year through the AmeriCORPS VISTA program, says the experience taught him about working collaboratively and managing a large, long-term project.

“Being a history major, it’s always really interesting to see how different people interpreted historical events, and how histories can often tell you as much or more about when they were written and who wrote them than about the time of their subject,” he says. “I think more than anything else, it showed me that I could do scholarly research even as an undergraduate student.”

Funds to support the work of DesJardins, Mastrucci, Minser, and Smotherman came from the Undergraduate Research Opportunity Program in the College’s Institute for Scholarship in the Liberal Arts, while graduate student Sarah Houser received funding through the College’s Gender Studies Program.

Several Notre Dame alumni and benefactors, Dave and Shari Boehnen and Vince Willis, were especially supportive of both of these programs and the students, and Botting says she was thrilled to see such enthusiasm from the College’s benefactors for student research.

“Over the years of this project I have learned perhaps more than I ever cared to know about the history of colonial Boston, the quirks of 19th century handwriting, and the meticulous standards of professional manuscript editors,” Houser says. “But all along this project has proven to be both an exciting historical scavenger hunt and a satisfying intellectual puzzle.

“Its completion means a chance to reintroduce Hannah Mather Crocker to the world,” she adds, “and to fulfill her wish to—finally—publish the story of the city and the country that she loved.”