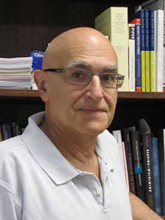 Michael Zuckert, Nancy Reeves Dreux Professor of Political Science and former chair of Notre Dame’s Department of Political Science, will receive the Association for the Study of Free Institutions (ASFI) Award for Distinguished Scholarship on the Nature of a Free Society at the association’s annual conference in May 2010 at Princeton University.

According to Carson Holloway, executive director of ASFI, “Michael Zuckert—with his outstanding work on the political thought of John Locke, on the American founding, and on the meaning of the Fourteenth Amendment, among many other topics—is a worthy recipient of this award.”

ASFI inaugurated the annual honor not just to recognize a single work of scholarship but to recognize a scholar whose entire body of work is characterized by intellectual excellence and attention to the foundations of a free society, its character, or the challenges that it faces.

“Michael Zuckert is one of America’s most eminent scholars of American political thought and constitutional studies,” Michael Desch, current department chair, notes. “In addition, he has been a real leader here at Notre Dame in building one of the nation’s preeminent programs in that area, at the undergraduate, graduate, and post-doctoral levels. He richly deserves this award both in recognition of his own scholarship on free institutions and also for what he has contributed to building a community of younger citizens and scholars who’ll follow in his footsteps.”

In addition to accepting the award, Zuckert will deliver the AFSI conference’s keynote address, titled “Natural Law, Natural Rights, and the American Republic.”

“Of course, I consider it a great honor to be given the AFSI award,” Zuckert says. “I have devoted my scholarly life to trying to understand better the nature of human freedom and a free society, and it pleases me very much that my work has struck some as contributing to that task in a positive way.”

Zuckert’s scholarship focuses on political philosophy, American constitutional law and theory, and American political thought. Author of Natural Rights and the New Republicanism, The Natural Rights Republic, and Launching Liberalism: On Lockean Political Philosophy, he most recently co-edited The Anti-Federalist Writings of the Melancton Smith Circle with Derek Webb in 2009. He co-authored and co-produced the public radio series Mr. Adams and Mr. Jefferson: A Nine Part Drama for the Radio and was senior scholar for Liberty!, a six-hour public television series on the American Revolution. He also was lead scholar for two other PBS series, one on Benjamin Franklin and another on Alexander Hamilton.