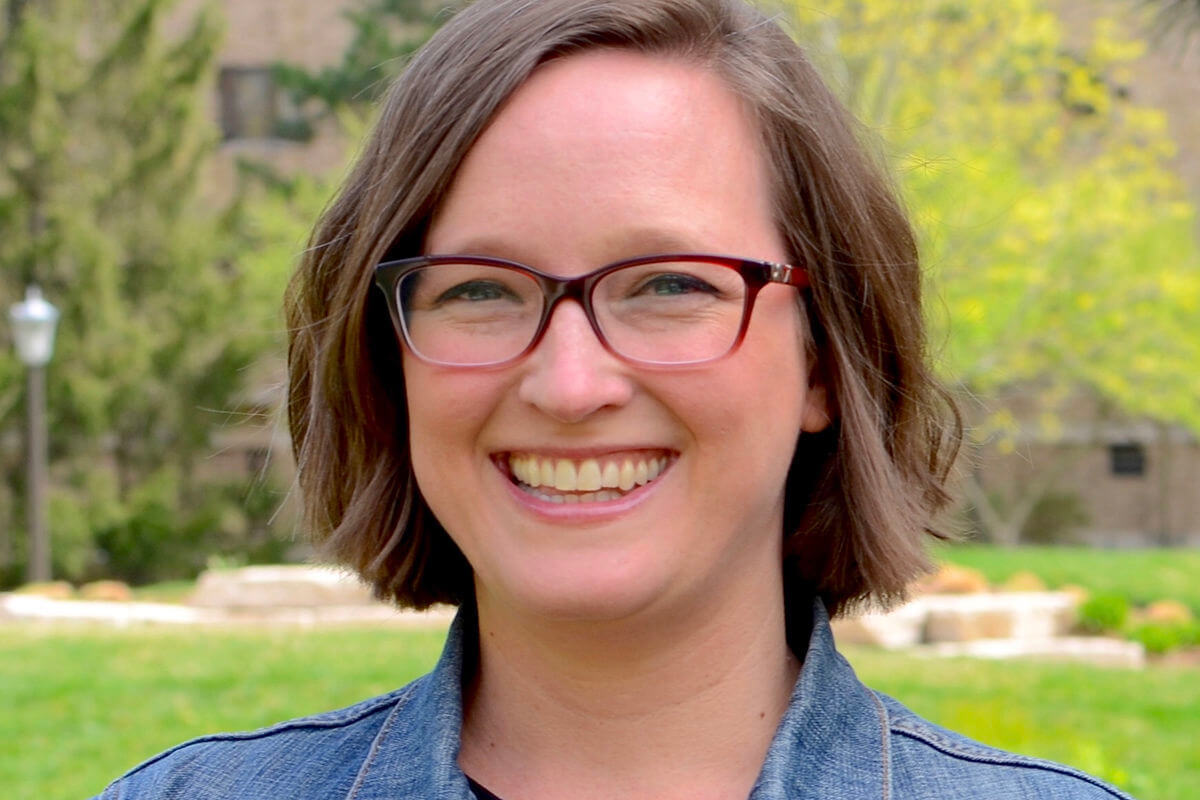 Jennifer Newsome Martin, an assistant professor in the Program of Liberal Studies, has received the 2019 Frank O’Malley Undergraduate Teaching Award for outstanding service to the students of the Notre Dame community.

Established in 1994 by the Kaneb Center for Teaching and Learning, the award is named for Notre Dame professor Frank O’Malley, who taught classes on the philosophy of literature for more than 40 years. Recipients are nominated by undergraduates and approved by the Student Government.

Martin, who holds a concurrent appointment in the Department of Theology, received the award at the annual Student Leadership Banquet this month and will also be recognized at the University’s commencement ceremony in May.

“It is incredibly humbling, and even moving, to know that this nomination came directly from students and to have read their generous words,” Martin said. “In my teaching, I have always tried to create welcoming, democratic, and intellectually rigorous spaces for exploring the kinds of profound questions that arise naturally in Catholic theology and in the Western intellectual and literary tradition; it is marvelously gratifying for me to see that these efforts have resonated so strongly with our students.”

Martin, a systematic theologian who received her Ph.D. from Notre Dame, joined the faculty in the College of Arts and Letters in 2012.

This semester, she is teaching the third seminar in the PLS curriculum sequence — a discussion-intensive course in which students engage classic texts from medieval and early Renaissance authors. In the fall, she is slated to teach the program’s Great Books Seminar I (Homer through Plato), as well as a university seminar in literature called Ancient Greece: Civilization and Savagery.

“I am consistently surprised and inspired by the thoughtful students I meet in my classrooms,” Martin said. “One of the most fundamental pedagogical tasks as I see it — in PLS or the Department of Theology — is to present classic literature from the tradition not as artifacts of only historical interest, but rather as texts with enduring power, beauty, and contemporary relevance.

“These texts, in their own context and in ours, pose central questions of what it means to be human, what it is to do justice, and how best to carve out a meaningful life in community. I am continually learning from the experience of having these important dialogues with the texts and with my students and colleagues .”

Her first book, Hans Urs von Balthasar and the Critical Appropriation of Russian Religious Thought, was published in 2015 and was one of 10 winners internationally of the 2017 Manfred Lautenschlaeger Award for Theological Promise. She is co-editor of An Apocalypse of Love: Essays in Honor of Cyril O’ Regan, and she is currently working on a second book project, tentatively titled ‘Recollecting Forwardly’: The Poetics of Tradition, that treats repetition, poetics, and theologies of history in mainly French ressourcement theology.