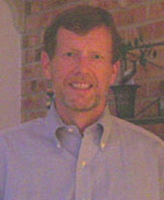 Paul Weithman, professor in Notre Dame’s Department of Philosophy, has won the 2012 David and Elaine Spitz Prize for his book Why Political Liberalism? On John Rawls’ Political Turn.

Awarded by the International Conference for the Study of Political Thought, the award recognizes the best book in liberal and/or democratic theory published two years earlier.

According to the prize committee, Weithman offers “an original and incisive interpretation of the key shift in Rawls’ career from an ethically grounded theory of justice to a political justification of liberalism. The book provides careful and rigorous exegesis of Rawls’ work as a way of drilling deeply into some of the central questions in modern political theory.”

The award came as a surprise, Weithman says. “I know there are so many good books out there, so many good political philosophers. I’m sure there are a lot of books that could have won the prize, and I’m very honored to have been chosen.”

“I knew that he had changed his view in a significant way about 20 years after publishing Theory of Justice, and I became interested in trying to figure out why he made the change,” Weithman says.

While he had studied Rawls’ work as a graduate student at Harvard, Weithman says he became more deeply engaged when he began teaching it in the Justice Seminar for the Philosophy, Politics, and Economics minor in the College of Arts and Letters.

“It really is a book that grew out of teaching this work a number of times,” he says, “thinking hard about how it fit together, having to explain to students how it fit together, and realizing just how little I and other people understood or grasped what was really going on.”

One of the oldest problems in political philosophy, Weithman says, is trying to show people that it’s good to be just. Rawls’ Theory of Justice concluded, in part, that an ideally just society would stabilize itself over time because it would help its people see that justice is good for them.

“His argument was dependent on everyone viewing what is good in roughly the same way,” says Weithman. “But in modern, liberal societies, people have vastly different ideas about what is good. People have religious, irreligious, philosophical, and crazy views about how they should live their lives, and Rawls came to think he had been far too sanguine about the kind of consensus there would be in a free society.”

This realization, Weithman says, led the philosopher to develop a new argument to support his conclusion that people in a just society would regard being just as good for them. Rawls called this concept—that many different views could peacefully coexist in a democratic society—“reasonable pluralism.”

Weithman says he enjoyed the experience of writing Why Political Liberalism. “I could imagine what people feel when they are composing symphonies because I had this huge system in my head—someone else’s philosophical system—and for a little while at least, I knew how it all worked. Keeping track of it was an enormous challenge, but it was really fun.

“I would love to do another book to have that feeling again.”

He is not yet sure which of his current research projects will become that next book; one possibility involves the concept of political legitimacy. “It strikes me as an interesting notion to try to understand, in part because Rawls’ work on justice is wonderful, but we don’t live in an ideally just society.

“Even societies we love, and to which we are deeply loyal, have serious flaws. While we don’t regard them as fully just, we still regard them as legitimate and their commands as authoritative,” he says. “Why is that?”