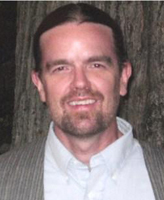 No one would dispute that religious convictions can lead to conflict—even violence and war. Yet how is it that so often adversaries use their faith to justify opposing stances in the same dispute? That’s the question that intrigues Christopher Morrissey, a doctoral candidate in Notre Dame’s Department of Sociology.

“Religious support and opposition to the Iraq War cut across American faith traditions, dividing the pews and denominations internally,” says Morrissey, whose research focuses on the public debate before the war started.

“My dissertation explores the important theoretical question of religion’s ambivalence toward violence and peace, while simultaneously offering practical insights useful to those interested in working for a more peaceful world.”

Though there has been extensive research on the historical aspects of religious violence, Morrissey says there is still a lack of scholarship on why and how particular religious beliefs result in such divergent attitudes.

“I investigate religion’s ability to both support and criticize governments’ plans to go to war,” he says. “Religion can do either of these, and I try to figure out which aspects of religion tend to predict the position it will take on war as well as describe how it supports either viewpoint.”

Using a National Science Foundation Dissertation Improvement Grant as well as a Graduate Student Research Award from Notre Dame’s Institute for Scholarship in the Liberal Arts, Morrissey has been interviewing key religious and secular advocates who were active in the debate leading up to the Iraq War.

By investigating people’s cultural beliefs and environment, personal histories, and their positions within society, he hopes to gain insight into the specific social influences at play in the development of their religious advocacy and the level of importance each of these influencers has.

Ultimately, Morrissey plans to adapt his dissertation into a book accessible to a wide audience. “Religion matters in America for life and death decisions like going to war; it is not just a matter of intelligence or political plans or oil,” he says. “I believe the nation would benefit from a consideration of the role of religion in our foreign policy decisions, both in understanding our own history and for more informed debates to come.”

Morrissey is already working to develop this kind of awareness in undergraduate students at Notre Dame. Through Notre Dame’s Center for Social Concerns, he is teaching a course called Social Problems that incorporates semester-long work at local social service agencies. His goal is to expose students to inequalities and inspire them to work toward practical solutions.

“I try to connect students to real issues in the local community while also offering them sociological tools to better understand how social injustice is reproduced and how various institutions and policies attempt to ameliorate it,” he says.

Community-based learning is an important way to bridge academic theories and the real world, Morrissey believes.

“My aim is to help students realize the relevance of ideas to their lives and consider the ways their increased understanding of culture and society can improve themselves and the world,” he says. “It also helps them realistically consider their future work, wherever that might take them.”

As for Morrissey’s future, he hopes to continue studying and teaching religion’s relationship to violence and peace. “My next big planned research project,” he says, “is a comparative one, looking at the cultural resources for violence and peace in Islam and Judaism, as well as Christianity.”