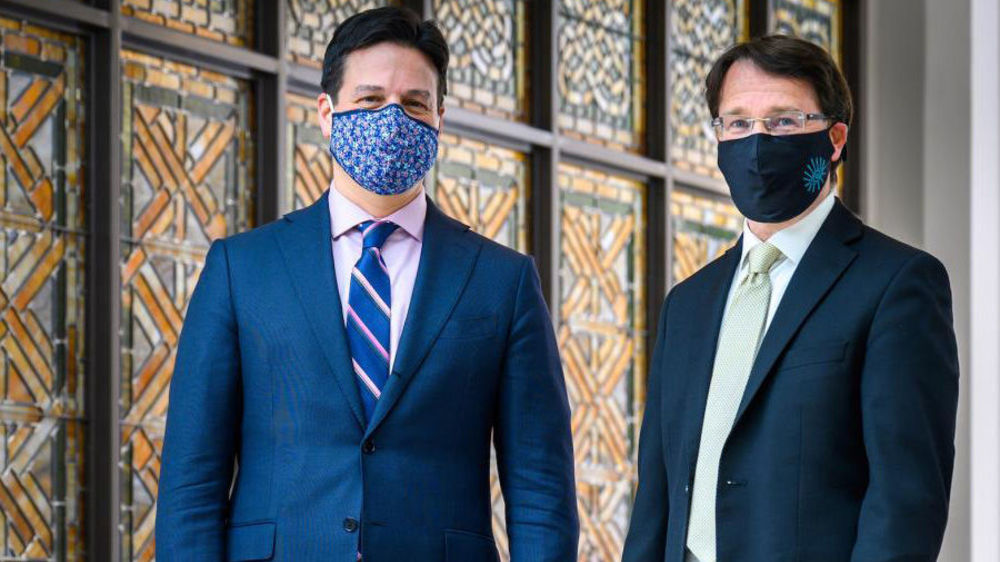 How can international development groups promote human dignity in their work — and why should they try?

A new volume from the Kellogg Institute Book Series on Democracy and Development examines the meaning of “human dignity” – a term that encompasses human flourishing beyond the elimination of poverty – and asks how those who work in the field can put it into practice.

It also lays out the argument that relationships, community, and spirituality are central to human wellbeing and points to a key conclusion: that the future of development work stands and falls with the proper consideration of human dignity in practice.

“Our hope is that claim ... will make a contribution to the humanization of development practice,” said Notre Dame Law Professor and Kellogg Institute Director Paolo Carozza, co-editor with Faculty Fellow Clemens Sedmak of The Practice of Human Development and Dignity (University of Notre Dame Press, 2020). “And more locally at Notre Dame, our hope is that it helps us deepen our awareness of the meaning and implications of the Keough School of Global Affairs’ commitment to integral human development as its core operative principle.”

Development work has traditionally focused on economic efficiency and helping lift the world’s poorest out of poverty. But, according to Carozza and Sedmak, some development strategies may hurt the very people they aim to help. For instance, resettlements may displace thousands of residents and destroy rural communities, while other strategies may pursue economic growth at the expense of basic political and civil freedoms.

“Development work that lacks sensitivity to human dignity is blind,” they wrote in the book’s introduction.

While nongovernmental organizations and even the United Nations have increasingly recognized the importance of human dignity, the topic has largely been absent from the literature on development studies. Even the meaning of “human dignity” has been a source of intense debate among development scholars for decades.

“It’s a difficult academic concept,” said Sedmak, interim director of the Nanovic Institute for European Studies and a professor of social ethics in the Keough School. He said the book seeks to provide an interdisciplinary connection between the theory of dignity and the practice of development work.

“The concept of dignity is less frequently used than the concept of human rights. However, there is a lot of rhetoric around dignity, but it’s not always clear what the ‘cash value’ of the concept is, and how it can be part of programming and projects,” he said.

The book grew from two Kellogg-sponsored international conferences in Rome and South Bend in 2014 and 2015, and includes chapters from nearly two dozen contributors, many of them with ties to the Kellogg Institute.

The volume makes both a methodological and substantive contribution to understanding human dignity and its implications for development practice, Carozza said, through experienced-based and normative reflections on the practice and meaning of development. Authors examine the concept across multiple disciplines, thematic areas, and geographic regions.

“I don't know of any other book that even attempts to do this, so we hope that it will open up important new lines of inquiry that will help us both understand human dignity better and also honor it more fully in the practical work of development,” he added.

At a recent virtual launch for the book, Scott Appleby, the Marilyn Keough Dean of the Keough School, described the book as “an important volume which showcases some of the best thinking and practice in the field of international development.”

Other panelists, including Kellogg Distinguished Research Affiliate Rev. David Hollenbach, SJ, former director of the Center for Human Rights and International Justice at Boston College, said the volume fills a gap between practice and scholarship. According to Hollenbach, the book underscores the relationship between human dignity and problems of poverty, and offers rich case studies that show how accompaniment and social participation are essential to human dignity.

“What this book brings to the fore in a way that I think is extremely important is that human dignity is not something that exists in a person on his or her own, but that it’s extremely relational and it depends on the interconnectedness between persons to achieve dignity,” he said.

Carolyn Woo, former president and chief executive officer for Catholic Relief Services, said it’s important for practitioners — and those who fund the organizations they work for — to understand why institutionalizing practices that promote a “soft,” labor-intensive aspect of development like human dignity are important.

“It’s not just enough to design (human dignity) into one project or 10 projects or even 100 projects. The whole question is, how do you institutionalize it so it becomes the ethos ... and it becomes the mindset of everybody who works there,” she said. “I think the book provides the foundation for why that’s important.”

In one chapter, coauthors Steve Reifenberg and Elizabeth Hlabse examine how community health workers with Partners in Health were able to identify — and fix — critical bottlenecks in health care for patients in Mexico through the practice of accompaniment.

“They dramatically changed the access to health care for individuals,” said Reifenberg, a Kellogg faculty fellow and senior strategic advisor at Kellogg. Hlabse is a former Kellogg research project manager.

“The real contribution of this book is to take this conceptual framework and then, through a series of case studies, ask the question, what does that really look like in the context of people’s lives?” Reifenberg asked. By doing this, we “can gain insights into real system problems.”