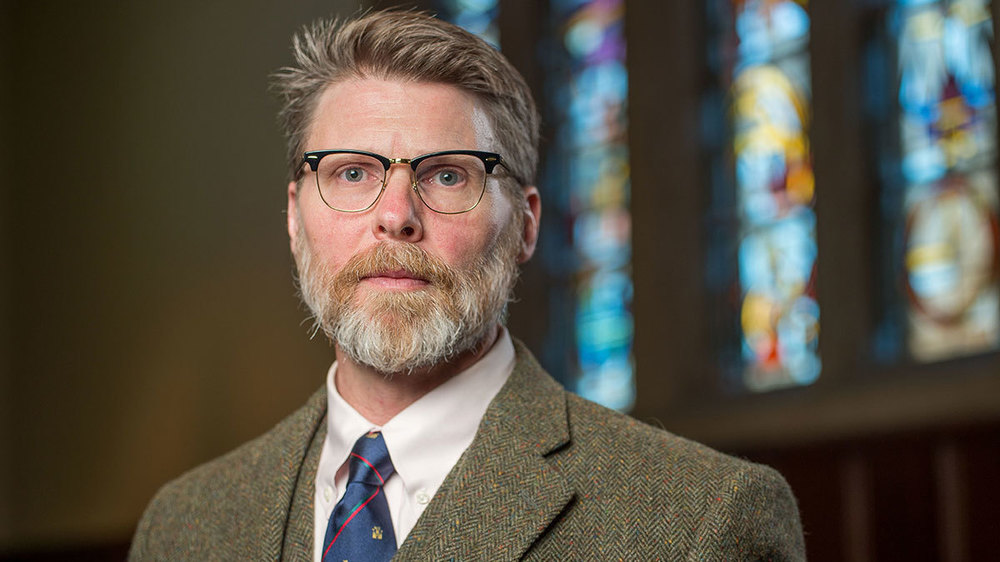 Patrick Griffin, a scholar whose work explores the intersection of colonial American and early modern Irish and British history, has been named the Harold Vyvyan Harmsworth Visiting Professor of American History at the University of Oxford.

The prestigious fellowship, created in 1922, is awarded to a distinguished American historian who then spends a year teaching, researching and leading seminars at Oxford’s Queen’s College and Rothermere American Institute.

Griffin, the Madden-Hennebry Professor of History and director of the Keough-Naughton Institute for Irish Studies, said the honor came as a complete surprise, as it is a fellowship that is bestowed, not applied for.

“It’s really gratifying to receive this award, as so many scholars whose work I admire have won it previously — and it comes from out of the blue,” he said. “There are many colleagues that I work with at Oxford, and they have a vibrant community of graduate students there, so it will be wonderful to get to know all of them better.”

Griffin is the author of a number of books including The Townshend Moment: The Making of Empire and Revolution in the Eighteenth Century (Yale, 2017), America’s Revolution (Oxford, 2012), American Leviathan: Empire, Nation, and Revolutionary Frontier (Hill & Wang, 2007) and The People with No Name: Ireland’s Ulster Scots, America’s Scots Irish, and the Creation of a British Atlantic World (Princeton, 2001). He has won grants and fellowships from the American Council for Learned Societies, the Huntington Library, and the Andrew W. Mellon Foundation.  He is also an honorary professor of the University of Edinburgh.

Griffin currently has two books nearing publication — The Ties that Bind: On the Age of Revolution (Yale University Press) and a volume, Ireland and America: Empire, Revolution, and Sovereignty (University of Virginia Press), which he is editing with Francis D. Cogliano of the University of Edinburgh.

At Oxford, Griffin will begin work on a book on the 18th- and 19th-century working-class inhabitants of New York, especially migrants from Ireland, who helped transform New York from a seaport into the most important city in the world.

“Connecting an island to the rest of the world requires lots of hands, and I’m interested in the hands that did that bridge-building and tunneling, and what their roles were in creating those sensibilities we think of as urban,” he said. “This is not the story of the founding fathers of New York, but of the nameless and the faceless who moved to New York as it was emerging as a global imperial city.”