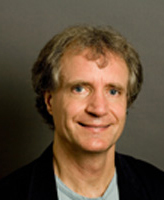 “I don’t think there’s another program on the planet that in this amount of time has transformed from being unknown to being highly recognizable,” he says.

The transformation started with a programmatic shift. “We were a counseling program that looked clinical, and we’re becoming a clinical program that has a counseling flair,” says associate professor David Smith, the former director who shepherded the program conversion. 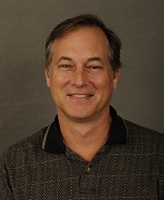 Counseling psychology focuses on non-pathological difficulties—“life transitions such as divorce or being away from home that many people go through but some struggle with more than others,” he explains. In contrast, clinical psychology studies diagnostic categories such as addictions, depression, panic disorders, and schizophrenia.

“One strength of counseling is an emphasis on multicultural issues,” Smith says, “and we’re going to carry that forward.”

In some universities, Monroe adds, “clinical and counseling can be very different entities, but here there was overlap so it made sense to move in that direction.

Although the department’s counseling program was great, Monroe says, we recognized that “there would be more opportunities available with a clinical program—a broader foundation for students, with more job availability.”

One challenge the department faced in launching the new program was building its clinical presence before being accredited. But with support from the University and College, the department hired four nationally recognized clinical psychologists and five up-and-coming assistant professors since 2006.

“That’s just an unprecedented influx of resources,” Smith says. “With these people, we might already be among the Top 10 programs in the country. We’re already getting a lot of attention nationally.”

The senior hires include three endowed chairs—Monroe, David Watson, and Lee Anna Clark—and Professor Anne Simons, who is known for her work in the treatment of both adolescent and adult depression.

“We have a real strength in mood disorders, particularly in depression, and from a variety of perspectives—sleep, marriage and relationships, health, stress,” Smith says. “We also have a number of other traditional clinical psychology areas that are well covered like eating and personality disorders as well as child clinical psychology.”

With accreditation secured and 16 faculty now in place, adds Monroe, the clinical program is set to accomplish great things. 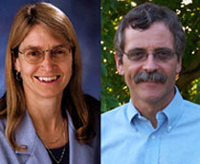 The William J. and Dorothy K. O’Neill Professor of Psychology, Clark is on the task force for the upcoming fifth edition of the Diagnostic and Statistical Manual of Mental Disorders and kicked off her appointment at Notre Dame with a five-year, $2 million grant from the National Institute of Mental Health to study personality disorders and the ways in which they are diagnosed.

The Andrew J. McKenna Family Professor of Psychology, Watson is a specialist in personality assessment whose work both investigates the structure and measurement of personality, mood, and examines how personality traits relate to clinical disorders. He recently finished the editorship of the Journal of Abnormal Psychology, a flagship journal in the field.

Both Clark and Watson rank among the Top 100 most-cited psychologists in the ISI Web of Science index.

Monroe’s own research interests lie in psychopathology, with a particular emphasis on the depressive disorders. He recently published a paper about recurrence of depression in Psychological Review, the preeminent theoretical journal in psychology. He is also former president for the Society of Research in Psychopathology, of which Clark is now president-elect.

“We have so many brand new people within the program,” Smith says. “I’m looking forward to them getting their labs up and running and mastering what they do well. That’s the immediate future. Then we start experiencing some synergies between the areas.”

“That’s a fundamental question that needs to be sorted out,” Smith says, “and we’re ideally equipped to do that sort of thing now.”