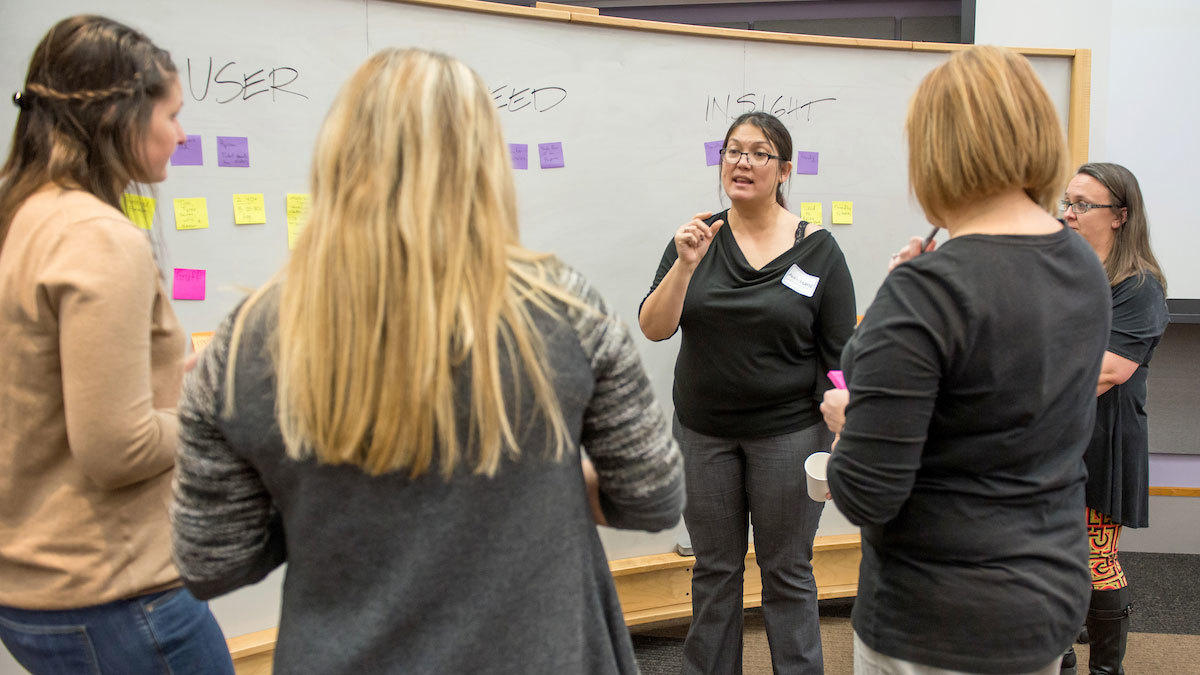 Artist Kara Walker’s “A Means to an End: A Shadow Drama in Five Acts” depicts a bleak, brutal narrative of slavery in crude stereotype, confronting the viewer with uncomfortable images of oppression and violence in the antebellum South. So powerful is the piece, a five-panel silhouette featuring black cutouts on white paper, that it once was excluded from a show of prints at the Detroit Museum of Art because of concerns that its racial and sexual content was too graphic for casual viewers. Nevertheless, as part of “American Media and the ‘Problem’ of Race,” a seminar hosted by the University of Notre Dame’s Department of Public Affairs, nearly three dozen local educators — a diverse group of K-12 teachers and administrators — viewed and discussed the piece in private recently at the University’s Snite Museum of Art. For Kathe Streeter, restorative justice coordinator at Jefferson Intermediate Traditional School in South Bend, it was an illuminating experience, throwing into sharp relief the relationship between race and perspective.

“When examining artwork together, what I noticed after some time for reflection, others noticed right away because they have lived with it,” Streeter, who is white, said of the Walker piece and others.

“I have to look for the inequities in the system that people of color automatically see,” she said.

Part of Teachers as Scholars, a program that brings local educators together to study, discuss and reflect upon scholarly issues with Notre Dame professors, the two-day seminar analyzed how society frames race as a social problem through popular culture, from movies and TV to books and, increasingly, social media.

It also provided practical strategies for approaching sensitive topics of race in the classroom setting.

Now in its 17th year, Teachers as Scholars continues to engage local educators in discussions of race, religion and other relevant topics from an academic perspective. “American Media and the ‘Problem’ of Race” was one of eight seminars this semester on subjects ranging from discovery and conquest in the Caribbean to myth and meaning in religion.

But artwork was just part of the lesson. 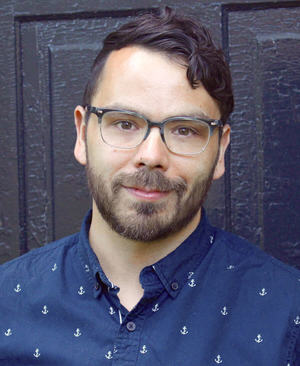 Led by Jason Ruiz, associate professor of American studies at Notre Dame, the seminar examined a variety of cultural objects, from early textbooks to modern dramas, to understand how media and popular culture shape “ideas about race” in America.

Or, as Ruiz put it, “How does popular culture function as a (device by which) ideas and knowledge systems about race circulate?”

The discussion began with another, more complicated, question: What, exactly, is race?

Answers ranged from “skin color” to “socially constructed category” to “a form of tribalism based on similarities in appearance” — proof, Ruiz said, of the “super fungible, negotiable, movable” nature of the concept, ideas about which tend to shift over time and across cultures.

For example, he said, people used to believe that certain races were doomed to extinction because of biology, reinforcing the false notion of race as destiny and justifying the white ideal of “genetic purity.”

One educator, a counselor at Clay High School, recalled her grandfather giving her and her siblings a booklet as children documenting the family’s “pure” genetic history, proving just how quickly such ideas evolve.

Still, “colorblindness” — the idea that the best way to end racism is to disregard race altogether — is not the solution, Ruiz said.

“Disparities still exist, even if you decide not to see them,” he said, emphasizing the difference between “race averse” and “race aware.”

The latter, he said, relies on an understanding of racism not as an artifact of the Jim Crow era, but as an enduring system of privilege based on skin color.

“Let’s not vilify the old-timey racist,” Ruiz said. “Let’s engage with the way society today inherits those systems of racism and work to change them.”

For educators, that means understanding the relationship between race and opportunity and the corresponding effect on access to quality education for students of color.

Research shows that compared with white students, minority students are less likely to be prepared for school or exposed to advanced classes and more likely to be disciplined for misbehavior — even in preschool.

One educator recalled a student in a rural school district where she worked referring to former President Barack Obama, who is black, as a “chocolate pudding pop.”

She used the opportunity to educate the student on the offensive nature of the reference, she said, but stopped short of scolding him, explaining, “I can’t be angry at that kid, because that kid heard that at home. So race for me, it starts at home.”

Another educator confessed to expecting more or less of his students at times because of their appearance or background.

“You do find yourself self-correcting for racial bias,” he said. “Like a blue-eyed blond is more mild-mannered and bright.”

Ashlee Cook, a kindergarten teacher at Liberty Elementary School in Mishawaka, noted the tendency for students to self-segregate in the classroom.

Ruiz, for his part, advised that educators not “pretend to be neutral on race.”

But that’s easier said than done — especially in this particular political moment, with the line between politics and race increasingly blurring.

“I’m an African-American female teaching an AP course that’s supposed to be for college students to an audience of students who are different from me,” said one educator, an English teacher at Riley High School in South Bend. “I teach writing and fiction, which includes political speeches and essays … and it always ends up in political discussions. And it’s really hard to have those discussions in a population of students that looks at me to guide them but also says, ‘She’s suspect because she hates Trump.’”

Adept at facilitating discussions about race, Ruiz invited such candor, setting a safe course for the discussion with background and context but letting it drift into uncomfortable territory when necessary.

It helped, Ruiz said, that the educators were so “open, receptive, talkative and engaged.”

“The goal was to try to ignite conversations in their classrooms, to try to inspire, cajole or model for them how to broach uncomfortable subjects in the classroom,” he said.

By that measure, said Streeter, the restorative justice coordinator, it was a success.

“I feel better equipped now to have (conversations about race) with others,” Streeter said. “I see more clearly that not talking about race and implicit bias is worse than blundering through it for a while. We need to have these conversations. We need to make and deepen our connections with those who are not like us. That is the only way for us to work together to get better.”