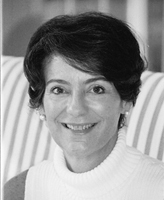 By now, most people are aware of the environmental effects of air or water pollution; University of Notre Dame philosopher and scientist Kristin Shrader-Frechette has devoted herself to bringing to light a less known concern, the inequitable distribution of pollution’s human toll.

“Polluters ‘target’ poor and minority communities to locate noxious facilities because they know that residents often are unable to defend themselves,” she says.

For her efforts, Shrader-Frechette was recently awarded the Dr. Jean Mayer Global Citizenship Award from Tufts University’s Institute for Global Leadership. The honor recognizes her lifetime body of work, including research and pro bono service related to both global public-health problems and pollution-related environmental justice.

Shrader-Frechette, O’Neill Family Professor of Philosophy in the College of Arts and Letters and a concurrent professor of biological sciences in the College of Science, says she sees the Mayer award as an opportunity to get the word out about environmental justice, an issue that remains poorly understood by the general public. Many are often shocked, she says, to discover that race and class can play a role in exposure to pollution and the resulting impact on individual health.

Each year, Shrader-Frechette and her team of student researchers conduct as many as 12 pro bono projects, producing health-risk assessments in low-income or minority communities that typically don’t carry enough political heft to keep out polluters or contain their excesses.

“Frequently our work begins,” she says, “after I receive a phone call from someone who says, ‘Many of our children are getting sick, and we think the pollution here is one of the reasons for their illnesses.’”

For example, Shrader-Frechette recalls working with a group of Notre Dame students at a housing project on the South Side of Chicago, where, she says, “dozens of children had been born with cancer.”

Her research suggested that cancer cluster could be partly attributed to the toxic-waste dumps that surrounded the projects. “Finally, those housing units are being closed and the residents are being moved to a safer area,” she says.

Pollution effects on children have always concerned Shrader-Frechette the most, she says, “because children are completely dependent on us to make the world safe for them.” And the impact of pollution on children can be especially devastating.

“If pollution interferes with their physical and neurological development, children will bear the burden of environmental injustice forever.”

Environmental-justice investigations have taken Shrader-Frechette and her Notre Dame students sometimes quite far afield, reviewing the health effects of a toxic-waste dump in a Latino community in Kettleman City, Calif., or examining the impact of radiation releases from a nuclear facility near an African-American community in Louisiana.

Her research teams then produce detailed assessments about health threats. These reports, she says, in turn empower the members of the affected communities so they can, for example, “force noxious facilities to clean up and obey the law.”

Shrader-Frechette says she is impressed and gratified by the commitment and energy of her students.

“Notre Dame is an amazing place,” she says. “I don’t know of any other university that does what we do here, probably because no other university has such a critical mass of students who are both brilliant and scientifically astute, as well as committed to social justice.”

Shrader-Frechette, who received her Ph.D. in philosophy of science from Notre Dame, also has a mathematics degree, as well as three post-docs, in biology, economics, and hydrogeology. She has written 16 books, most recently What Will Work: Fighting Climate Change with Renewable Energy, Not Nuclear Power in 2011. In 2004 she became only the third American and the first woman to win the World Technology Award in Ethics. In 2007, Catholic Digest named her one of 12 “Heroes for the U.S. and the World.”

The Church’s preferential option for the poor is a prime motivation for her work, Shrader-Frechette says, and a personal inspiration is the martyr Ignacio Ellacuría, S.J., a liberation theologian. As rector of the University of Central America in El Salvador, he advocated for peace and justice during the country’s long civil war and spoke out against oppressive socioeconomic conditions. But activism proved deadly for Ellacuría, who was murdered in 1989 by a military death squad, along with five Jesuit colleagues, their housekeeper, and her daughter.

In a 1982 address at Santa Clara University, Ellacuría said that a truly Christian university must take into account the gospel preference for the poor— to be a voice for those who are prevented from promoting their legitimate rights and “to provide science for those who have no science.”

“We often call our work ‘liberation science,’” Shrader-Frechette says, “because we try to use science and ethics to help free vulnerable people from life-threatening, environmentally unjust burdens.”