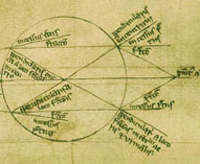 The University of Notre Dame’s renowned graduate program, History and Philosophy of Science (HPS), has added an additional area of specialization focusing on theology and science.

It is fitting that Notre Dame—one of the leading Catholic universities in the world—would promote intellectual engagement between these two disciplines.

“There is no other graduate program in the world that is designed specifically to produce Ph.D.s in theology and science and to do this within the context of the rigorous and highly-respected programs in the history and philosophy of science,” says Don Howard, director of Notre Dame’s HPS graduate program and professor of philosophy.

The sometimes uncomfortable and seemingly contradictory issues raised by the relationship between theology, on one hand, and science and technology on the other, evoke existential questions for all people—ranging from evolutionary accounts of human origins and human nature to the morality of nuclear weapons and humankind’s responsibility for the natural world. 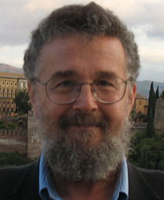 Closely modeled on the existing HPS tracks, the new theology and science program students pursue a course of study that involves most all of the standard Ph.D. requirements in theology, plus the specific HPS requirements.

“We will be producing highly competent theologians with added and increasingly sought after expertise,” Howard adds.

In Pope John Paul II’s apostolic constitution on Catholic universities, Ex Corde Ecclesiae, he asserted that dialogue between Christian thought and the modern sciences is an area that is of particular interest to a Catholic university. The Pope also stressed that such issues need to be raised in an interdisciplinary context with a profound grasp of both their history and of the philosophical issues they raise.

“Notre Dame’s response to this charge is to draw on the distinctive resources of two of its premier doctoral programs to promote serious, objective, scholarly engagement with theology and science,” Howard says. “In doing so, it will draw both on the rich resources of the Christian theological tradition in general, and the Catholic tradition in particular, and enflesh the Catholic tradition’s deep respect for the seriousness of intellectual inquiry."