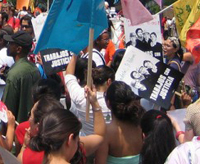 A new blog produced by the Center for the Study of Social Movements (CSSM) at the University of Notre Dame is bringing scholars, activists, and policymakers together like never before to discuss social movements and change.

Launched in late 2011, the Mobilizing Ideas blog provides a site for dialogue on both theory and current events. So far, it’s tackled topics ranging from the Occupy Wall Street movement to the Arab Spring to the role of the Tea Party in the Republican primaries.

“Most academics want discourse between scholars and the people they’re studying,” says Kevin Estep, a graduate student in Notre Dame’s Department of Sociology and the blog’s editorial assistant. “Ultimately, the scholars who are researching and theorizing these movements are asking: ‘When are these movements important? How do they affect people’s lives? What’s successful and what’s not?’

“We have a better understanding of those things if we incorporate the activists themselves into the conversation.” 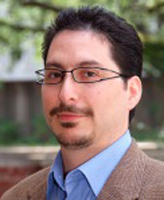 “Grace said, ‘It would be great if we could have something like this for social movements,’” Ortiz recalls. “The more we talked, the more I got really excited about the idea.”

Yukich and Ortiz pitched the blog to Rory McVeigh, chair of the Department of Sociology, and faculty member Dan Myers, now also vice president and associate provost for faculty affairs at Notre Dame. Soon, the project was on its way.

The blog launched on November 30, with Yukich, Ortiz, Myers, and McVeigh serving as editors-in-chief. It features two types of posts: Dialogues, which are longer pieces written by some of the top names in the field and posted monthly; and Daily Disruptions, which are shorter, daily posts from the blog’s approximately 15 contributing editors.

The blog’s daily and monthly offerings complement CSSM’s other scholarly contributions, which include the annual Young Scholars Conference and the international journal Mobilization, which is published quarterly.

But one of the main advantages of the blog format is that it allows scholars to respond to pressing, contemporary topics in a way that isn’t possible in most academic contexts, where it can take a year or more to be published. 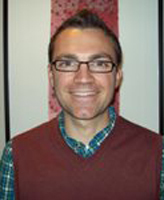 “There’s no way you could read a peer-reviewed article about the Occupy Wall Street movement, even though it’s been going on for months,” Estep says. “But we’ve had dozens of posts about it.”

The blog also gives younger scholars an opportunity to engage with their more established counterparts in an environment that is less formal and, perhaps, less intimidating than academic conferences and other traditional formats, Ortiz says. For example, a recent post by a young scholar about suicide as protest sparked a lively discussion between the author and some of the field’s most esteemed scholars from across the country.

“We are helping to bridge that divide,” Ortiz says.

On the day it launched, the blog had about 2,200 views, and traffic has continued to be strong. In the first two months, about 18,000 people visited, Estep says.

“We all thought this was something that was needed, because there was no outlet like this out there,” Ortiz says. “But it has exceeded my expectations. We’ve garnered a solid and loyal readership.”