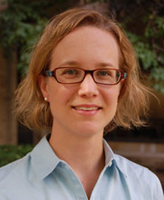 “High skill” refers to those having some post-secondary education or above, while “low skill” are those with a high school diploma or less education. “Natives” refer to U.S. citizens by birth.

According to the study, which will appear in the July issue of the Journal of Urban Economics, smaller and more geographically isolated cities show the biggest impacts. There was little difference in results between growing versus declining cities.

“We conclude that natives with less education take longer to adjust to the arrival of immigrants in their local labor market than do natives with more education,” Wozniak says. “These effects are more pronounced in smaller, more isolated communities, from where it would be more difficult and expensive for less skilled natives to relocate.”

This study is one of the first to use city-level data from the American Community Survey, a newer data source from the U.S. Census that Congress recently has considered ending. Using statistics from the American Community Surveys of 2000-2010, Wozniak examined how immigrants affect native populations in metropolitan areas. Wozniak’s study was the first to use annual data as opposed to decadal data to measure the impact of immigrant arrival and native population shifts. Decadal data tends to obscure the short-run or temporary changes that can be found in annual data, and decadal data often shows no relationship between immigrant arrivals and native population change.