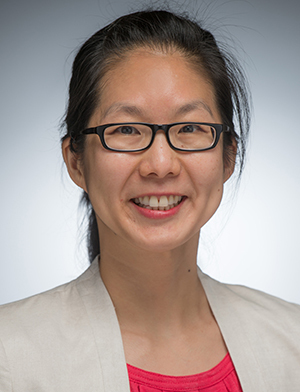 Associate Professor Lira Yoon has brought her expertise in social anxiety disorder and major depressive disorder to the University of Notre Dame’s Department of Psychology, where she plans to establish an experimental psychopathology lab that uses multiple methods to better understand the interface between cognition and emotion.

“What is attractive about Lira’s work is how well it aligns with neuro-cognitive and biological research programs within the department, and her program of research shows many synergies across existing program areas,” said, Professor Daniel Lapsley, chair of the Department of Psychology.

“Her focus on biological and psychological mechanisms, on stress, risk, resilience, memory, executive function, and psychopathology are all areas of research pursued by colleagues in the department. Moreover, her focus on anxiety and depression contributes substantially to an area of notable strength in the clinical program, and her research falls squarely within the strategic hiring priorities of the department."

Born in the United States but raised in Korea, Yoon’s own shyness played a role in her interest in clinical psychology.

“I used to be extremely introverted, so I could relate to individuals with social anxiety disorder and wanted to learn more about the condition,” Yoon said. “In Korea, compliance and harmony is more valued than assertiveness and self-promotion, which allowed me to stay social anxiety disorder-free despite my extreme shyness.”

Yoon’s research is guided by the idea that a more complete understanding of emotional disorders requires an integration of clinical research and basic research on cognition, emotion regulation, and biological factors.

“I initially focused on the processing of facial expressions, because we use other people’s facial expressions as important cues to regulate our behavior and to assess the attitudes of others,” she said. “Now I examine other cognitive processes that might play a role in anxiety and depression. I expanded my research to depression because it is highly comorbid with anxiety disorders, including social anxiety.”

Yoon noted that socially anxious individuals often worry that physical signs of their anxiety—such as a trembling voice—are noticeable to other people. To manage their worries, they tend to focus on or monitor physical sensations such as increased heart rate in social situations.

“Their hyper vigilance to somatic arousal may help them notice any changes in physiological arousal, which, in turn, may increase their anxiety in social situations,” Yoon said.

Individuals with depression, Yoon said, have difficulty removing negative information that is no longer relevant to the task at hand.

“These biases in cognitive inhibition in depression seem to be one of the mechanisms underlying rumination,” she said. “When individuals with depression ruminate instead of reappraise the situation following stressful events, they have greater difficulties recovering from stress. For example, their cortisol—often nicknamed ‘stress hormone’—levels take more time to return to baseline when they ruminate instead of reappraise.”

Yoon, who taught a fall semester course in Abnormal Psychology, is teaching Cognition and Emotion this spring. She also works with students as director of the Cognitive, Emotion, and Emotional Disorders (CEED) Lab, where a number of promising projects are underway.

One CEED Lab study, for example, has found that although individuals with major depressive disorder were able to use cognitive distraction to emotionally recover from stress, it came at a cardiovascular cost. Others are assessing cognitive factors as predictors of emotional adjustment following deployment to Iraq.

“In addition, we are currently examining the effects of anxiety on decision making and risk-taking,” Yoon said. “In this study, participants complete a lab session, and they complete a diary for a week. We will examine the relation between participants’ performance on the lab tasks and their decision making in their everyday lives.”

Yoon said she was drawn to Notre Dame by the opportunity to work on such research with people with overlapping interests.

“It was very important for me to be in a program where I could collaborate with other scholars and contribute to the program,” Yoon said. “During my interview process, I was really impressed by the collegiality and the kindness of people here.”