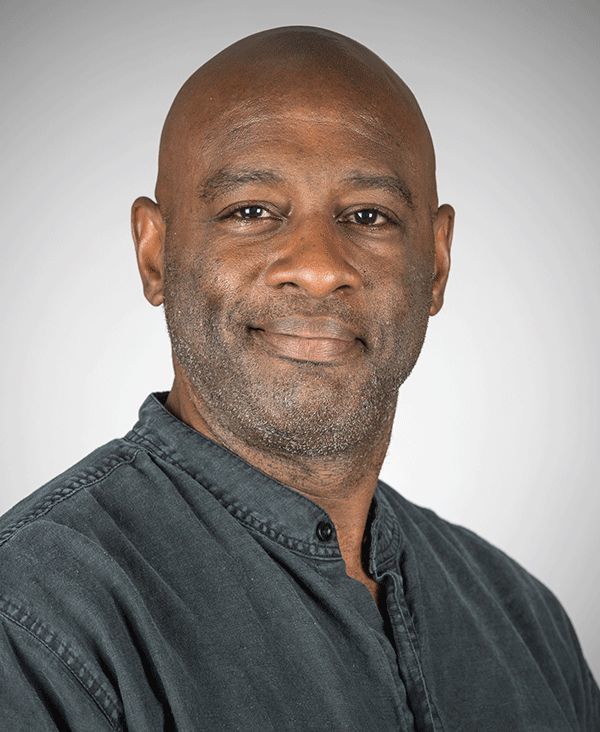 Mark Sanders is pushing the geographical boundaries of the study of English literature.

Through his scholarly work, he aims to expand the traditional English canon beyond the United Kingdom and United States and to broaden the corpus of black writing, particularly that of black Atlantic authors.

“I’m enormously excited about the work that Mark Sanders will do at Notre Dame,” said Jesse Lander, associate professor and chair of the Department of English.  “He brings a capacious vision to the study of literature and his success as a bridge-builder promises to put the English Department in conversation with the Department of Romance Languages and Literatures, the Department of Africana Studies, and the Institute for Latino Studies. Mark will help us to expand our not only our course offerings but also our understanding of literature and its rich and consequential history.”

Sanders said he was drawn to Notre Dame because of its openness to an expansive imagining of its Department of English. Holding a concurrent appointment in the Department of Africana Studies was also attractive, he said, because of its “multi-lingual, multicultural, and interdisciplinary approach.”

“Most critics working in conventional African American letters don’t read or speak Spanish,” Sanders said. “So while we have started to theorize about what black writing is at its essence, there are a number of connections we have yet to make because so many of the historical and contemporary hemispheric writers have not gotten the critical attention they deserve.”

Sanders, who served as chair of African American Studies at Emory from 2008 to 2014, characterizes his research largely as historical recovery of the under-treated and lost voices that have expressed and rationalized the experiences of African Americans.

He began this recovery work as a doctoral student working with Michael S. Harper, former poet laureate of Rhode Island and a protégé of Sterling Brown, an important Harlem Renaissance figure.

Sanders’ monograph Afro-Modernist Aesthetics and the Poetry of Sterling A. Brown, published in 1999, was the first book-length treatment of Brown’s poetry.

He went on to co-edit Sterling A. Brown’s A Negro Looks at the South, a previously unpublished travel narrative Brown wrote during World War II — a rejoinder from the black perspective to the myriad contemporaneous essays by white writers about the New South.

Presently, he is working on what will be the first volume dedicated wholly to the work of Anne Spencer, an influential Harlem Renaissance writer and a contemporary of Brown and Langston Hughes.

“Scholars can’t talk about black writing just in terms of the U.S., when we have centuries of black writing across the entire hemisphere. Bringing these works into North American critical conversation will change that conversation profoundly.”

From Harlem to Havana, and beyond

In 2004, Sanders expanded the boundaries of his own geographical realm to begin researching Afro-Cuban history and literature, traveling frequently to Havana to visit archives.

Over a period of years, he translated and wrote a critical introduction to Ricardo Batrell’s The Black Soldier’s Story, the only memoir by a non-white soldier from the last Cuban War of Independence. Recently, Sanders negotiated to get the original memoir republished in Spanish for a Cuban literary audience that had nearly forgotten its soldier-hero.

Sanders, who earned his Ph.D. from Brown University, has continued to pursue lost voices within Afro-Latino literature more broadly, and in 2014, he received a Fulbright fellowship to study Afro-Colombian print culture in Bogotá.

“Scholars can’t talk about black writing just in terms of the U.S., when we have centuries of black writing across the entire hemisphere. Bringing these works into North American critical conversation will change that conversation profoundly,” he said.

Toward that end, he is translating a representative sample of the work of two Colombian poets and working on a parallel Spanish-English volume for each, to be published in the next couple of years.

“At the end of the day,” Sanders said, “my hope is that by bringing some of these texts into the conversation via translation, more people will take the time to learn other languages in which black Atlantic and world authors are writing.”

In addition to his research efforts at Notre Dame, Sanders will teach a mix of graduate and undergraduate courses and direct the work of Ph.D. candidates.

This fall, he is teaching a University Seminar, The Black First Person, which uses classic autobiographical texts from across the Americas and the Caribbean to explore the ways in which black writers create the black rhetorical self.

Notre Dame, Sanders said, strikes the difficult balance of being both a committed undergraduate teaching institution — delivering a high-quality intellectual experience to students — and a research institution, making time available to professors to be productive scholars.

In addition, Notre Dame’s historical involvement in the larger Catholic world, especially in Central and South America, allows him to build on international relationships and infrastructure that are already well established, he said.

“Notre Dame’s historical commitment to the humanities, in particular to literature and exegesis, was attractive from the beginning,” he said. “Right at the core of the mission of the entire institution is a deep investigation of texts and their meaning, in a way that made the kind of work that I do seem like it would find a real home here.”

“Notre Dame’s historical commitment to the humanities, in particular to literature and exegesis, was attractive from the beginning. Right at the core of the mission of the entire institution is a deep investigation of texts and their meaning, in a way that made the kind of work that I do seem like it would find a real home here.”