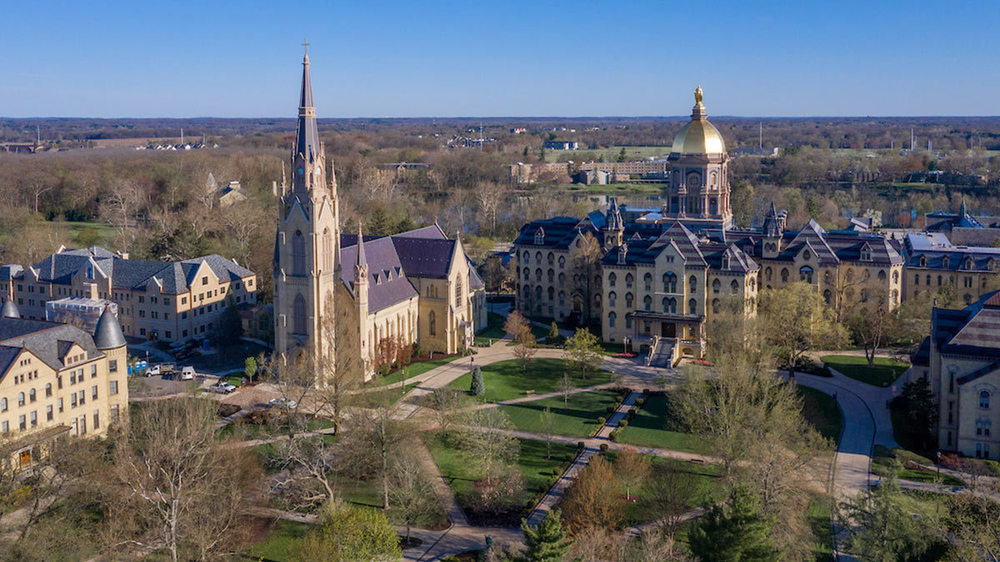 In new research, Rev. Thomas Blantz, C.S.C., Notre Dame professor emeritus of history, presents the story of America’s premier Catholic university from its inception as a French-founded boys’ school in 1842 to its status as an acclaimed undergraduate and international research institution of the 21st century.

Father Blantz taught a research seminar on the history of Notre Dame for 10 years and said he benefited greatly from original research students conducted, offering views that challenged his own and pointing him to new sources for further exploration.

Reflecting on what surprised him most about this research, Father Blantz said he had not fully considered how difficult founding a school must have been in the mid-19th century.

“One historian has noted that there were approximately 250 colleges in the United States in 1860, but probably another 700 had been founded but died, and in the 16 years between 1850 and 1866, 55 Catholic colleges were founded, but by 1866, 25 of those had been abandoned,” he said. “And yet those early priests, brothers and sisters were able to make a success of Notre Dame.”

Father Blantz also emphasized that while Rev. John O'Hara, C.S.C., (later elevated to Cardinal by Pope John XXII) is remembered for his role as Prefect of Religion, he may be less known for his significant contributions to the academic development of Notre Dame as president. In particular, Cardinal O’Hara built up the graduate program and recruited several internationally known emigre scholars fleeing Nazi Germany.

What at Notre Dame has changed in 178 years, and what has remained the same?

“Under the leadership of Father Hesburgh after World War II, Notre Dame became a true university with a strong graduate program and respected scholarly research that now enjoys international recognition,” Father Blantz said. “What has remained the same or constant in Notre Dame’s history, I think, has been its striving to retain its Catholic character and mission in a predominantly secular culture, and also its concern for the moral, spiritual, and religious growth of its students, exemplified by the presence of priests, religious, and dedicated laymen and women living in the student residence halls.”