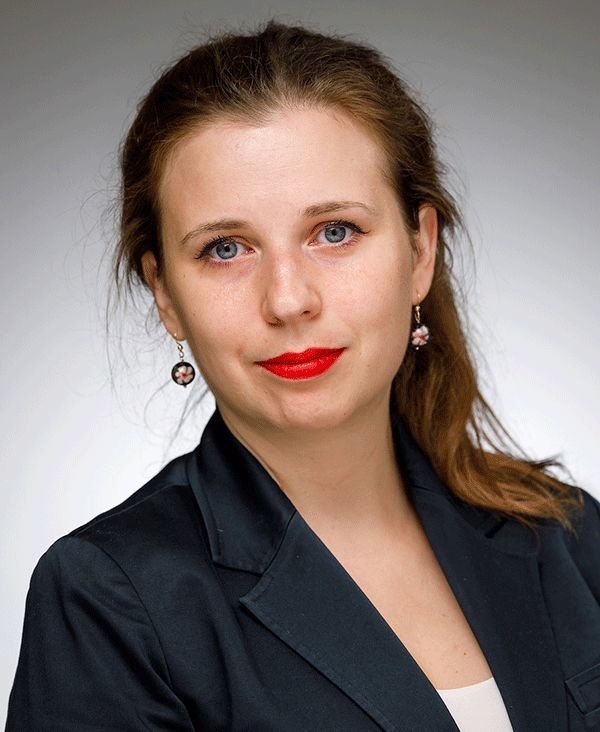 The French phrase extrême contemporain is the perfect description for what Sonja Stojanovic is most passionate about — the study of French literature written in the past decade or so.

She waits with great anticipation for her favorite authors to release new books and enjoys talking with those writers because she is “right there as it is happening.”

“Sometimes you are the first one to write on an author, which is very exciting,” she said.

Stojanovic joins Notre Dame’s Department of Romance Languages and Literatures this fall as an assistant professor of French.

“Sonja was a consensus top-tier candidate among a very strong pool of applicants,” said Thomas Anderson, chair of the department and a professor of Spanish. “She has an unusually broad range of teaching experience for someone at such an early stage in her career. She has offered French language courses at many levels as well as advanced seminars on French literature and culture. We are very excited that she has chosen to join our department.”

A 2013 BBC News Magazine article described how many readers in the English-speaking world have a misconception about French literature — that it is often pretentious, too difficult to follow, or that the writers don’t care about plot. Stojanovic wants to encourage her students to see that there is great writing in many different types of French novels.

In particular, she is interested in stories with moments of rupture, when something puzzling occurs that is hard to explain, such as when a character suddenly re-emerges in the plot, or when there is a feeling of déjà vu or a weird grammatical tense that doesn’t appear to belong.

She also is interested in stories about people with precarious jobs, where the worker can easily be replaced. She is particularly interested in the figure of the cleaning lady, a term used in both French and English. She finds the character interesting because it is always a cleaning lady, never a cleaning man, and also because of the invisibility of a worker who is “more number than person.”

“At Notre Dame, there is a focus on research, but there is also a focus on bringing that research into the classroom with your students. What really drew me back is that I know the university places a strong emphasis on supporting its faculty to do the best research possible and understands the importance of the liberal arts and the humanities.”

Stojanovic’s dissertation, Spectral Preoccupations: Reading through Post-War French Fiction, considers the work of four major French-language literary figures — Georges Perec, Patrick Modiano, Marie Darrieussecq, and Hélène Cixous. She is working on expanding it into a book and hopes to finish this year.

This fall, she plans to teach two classes, a seminar for first-year students in which they will read contemporary authors of different genres, and a workshop-based translation class.

Stojanovic says one of the hardest things for people to accept when translating is that there is not always an exact word equivalent in the other language. The class will read an American translation and a British translation of the same book to see the different approaches.

“It’s not just about one using an American word and the other choosing a British word. It's really two different ideas of translations,” she said. “Sometimes you need to translate things not literally but figuratively. You also need to adapt certain ideas, certain images for your audience. So maybe a cultural reference that would really work in the French context would completely lose readers in an English context. So you have to find approximations; you have to modulate.”

Stojanovic said Notre Dame is the right place for her to teach because it was here, while pursuing a master’s degree in French and Francophone studies, that she learned how to read and write about literature. Stojanovic, who also earned a master’s degree and doctorate in French studies from Brown University, said she is looking forward to joining the community of teacher-scholars in the College of Arts and Letters.

“At Notre Dame, there is a focus on research, but there is also a focus on bringing that research into the classroom with your students,” she said. “What really drew me back is that I know the university places a strong emphasis on supporting its faculty to do the best research possible and understands the importance of the liberal arts and the humanities.”