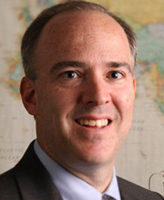 For decades, many predicted that religion’s influence on global politics would decline. As modern society embraced democracy, globalization, and new technology, the supernatural would give way to science and free thought would trump dogma—or so the argument went.

But a new book co-authored by Monica Duffy Toft, Notre Dame political scientist Daniel Philpott, and Timothy Samuel Shah shows the opposite to be true: Bolstered by the same forces many expected to diminish it, religion’s influence on politics has increased on almost every continent during the past 40 years.

“In every religion, in every region of the world, religion has been making a comeback,” says Philpott, associate professor in the University of Notre Dame’s Department of Political Science and Kroc Institute for International Peace Studies. “The forces of modernity have unleashed it, abetted it, and strengthened it.” 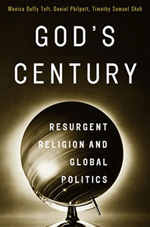 Two developments have fostered religion’s political resurgence, according to Philpott. First, many Christian, Hindu, Jewish, and Muslim groups have asserted their independence from governments, giving them greater influence over the state. Second, these groups have embraced activist “political theologies”—the ideas held by a community about political authority and justice—that have extended their influence beyond the private sphere. Across Europe and the Middle East, for example, religious groups have been instrumental in toppling authoritative regimes and paving the way for democracy.

“Religions that maintain autonomy from the state and embrace a political theology that prizes peace and reconciliation are more likely to help reinforce democracy and promote peace,” Philpott says, “whereas religions repressed by the state are more likely to beget violence, terrorism or civil war.”

God’s Century “offers a series of admirably well-informed snapshots of various contexts around the world,” writes Archbishop of Canterbury Rowan Williams, and “makes a powerful case for a far more creative engagement by Western governments with communities of faith at home and abroad, recognizing their immense potential while being realistic about their capacity.”

The book provides a “sober and informative guide to the role of faith and international relations,” writes Francis Fukuyama, Olivier Nomellini Senior Fellow at the Freeman Spogli Institute for International Studies at Stanford University.

Monica Duffy Toft is an associate professor of public policy and the director of the Initiative on Religion in International Affairs at the Harvard Kennedy School of Government. Timothy Samuel Shah is associate director and scholar in residence with the Religious Freedom Project at the Berkley Center for Religion, Peace, and World Affairs and visiting professor of government at Georgetown University.