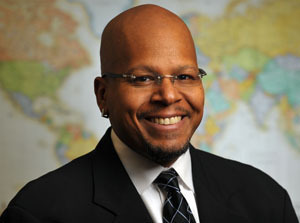 On Oct. 28, 1967, a white police officer pulled over a black man in Oakland, Calif. Both men got shot, and the policeman died. Who pulled a gun first? And what happened after the shooting?

Fascinated by the wildly different accounts of police-Panther interactions, Davenport spent more than a year scouring newspaper archives and cataloging and analyzing the events, with funding from the National Science Foundation.

Davenport’s new book Media Bias, Perspective and State Repression: The Black Panther Party, published by Cambridge University Press, explores the “Rashomon effect” — the tendency for events to be perceived and reported in different ways, depending on who is telling the story and to whom — and its implications for violence, protest, repression and peace. The phenomenon is named after Akira Kurosawa’s 1950 mystery film Rashomon, in which a single event — a 16th-century samurai and his wife are attacked by a bandit — is recalled in four contradictory ways by different individuals.

“One of the reasons we have violent conflict is that people perceive events in very different ways,” Davenport said. “We disagree on the facts, and we act on the basis of those perceptions. In Ireland during ‘the troubles,’ for example, Protestants and Catholics had very different ideas about what had happened before and during the conflict, as did the British.”

In his book, Davenport demonstrates the use of “event cataloging,” an emerging research methodology for comparing and contrasting diverse sources of information.

“As scholars seeking an accurate picture of events, we need to consider as many sources as possible and to explain how the accounts differ and how they are the same,” he says. “As peacebuilders, we need to know why different sources tell the story the way they do and to find some common ground in how they perceive the world.”

“Scholars with an interest in social movements, repression and the Black Panthers have been eagerly awaiting this book for the better part of a decade,” wrote Doug McAdam of Stanford University. “It was worth the wait. The methodological implications of the work — as encoded in Davenport’s already well-known ‘Rashomon Effect’ — are reason enough to already regard the book as a classic.”

Davenport earned his doctoral degree in political science from Binghamton University in 1992. He is the author, editor or co-editor of three other books: State Repression and the Domestic Democratic Peace, Paths to State Repression: Human Rights Violations and Contentious Politics, and Repression and Mobilization. He joined Notre Dame’s Kroc Institute for International Peace Studies in 2008.

Originally published at newsinfo.nd.edu on December 10, 2009.