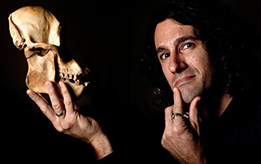 There are three pervasive myths about human nature centered on sex, aggression and race. They are:
1. Men and women are truly different in behavior, desires and wiring.
2. Humans are divided into biological races (white, black, Asian, etc.).
3. Humans, especially males, are aggressive by nature.

A new book by University of Notre Dame Anthropology Professor Agustín Fuentes titled Race, Monogamy, and Other Lies They Told You: Busting Myths about Human Nature (University of California Press, 2012) counters these pernicious myths and tackles misconceptions about what race, aggression, and sex really mean for humans.

Presenting scientific evidence from diverse fields, including anthropology, biology, and psychology, Fuentes incorporates an accessible understanding of culture, genetics, and evolution, requiring us to dispose of notions of “nature or nurture.” 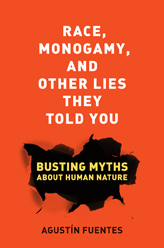 Fuentes devises a myth-busting toolkit to dismantle persistent fallacies about the validity of biological races, the innateness of aggression and violence, and the nature of monogamy and differences between the sexes. He includes a list of the most common misperceptions about human nature on race, sex, and violence, and counters those myths with a myth buster. Among them:

Myth: Humans are divided into biological races: Racism is part of our nature.

Myth buster: There is no separate gene for black or white. Our concept of race is not biological; it is social. While there is only one biological race in humans (Homo sapiens), it still matters whether you are black or white in the U.S. Differences between “races” in the U.S. are the outcomes of social, historical, economic, and experiential contexts, not biological entities.

Myth: Humans are more or less naturally monogamous, or more specifically: Men want a lot of sex and women want a little. Males want many partners and women search for one mate. As the saying goes: “Hogamous, higamous, men are polygamous … Higamous, hogamous, women are monogamous.”

Myth buster: Humans are not biologically monogamous, but we can be socially so. Humans are attracted to many individuals throughout their lifetime, whom they may or may not have sex with, and men and women have sex in more or less the same frequency and manners. As a species, humans have lots of sex … sometimes leading to some very big problems.

Myth buster: There is no “beast within.” Humans are neither naturally aggressive nor naturally peaceful, but we are really good at working things out. Humans are the most successful large animal on this planet, but we have few if any “natural” defenses (no horns, claws, fangs, etc.). All we have are big brains and other people. It is our history of working together that got us to where we are (7 billion strong in 2012). But more people means more conflict—can we continue to work things out?

An expert in biological anthropology, primatology, human evolution, and social organization and behavior, Fuentes also has authored Evolution of Human Behavior and Health, Risk and Adversity. He is a regular contributor to NationalGeographic.com and National Geographic radio and has appeared as a guest on “Animal Planet.” He also is a regular guest blogger for Psychology Today.