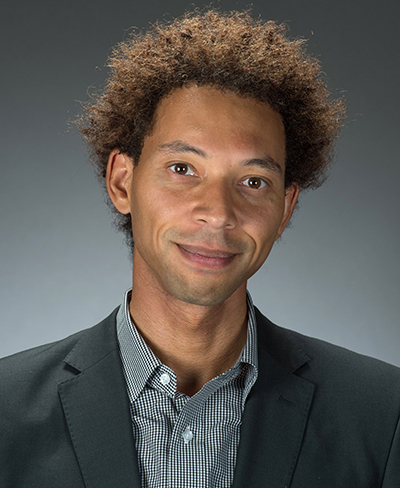 History is often viewed through the lens of social movements, political trends, or intellectual advances.

But for Korey Garibaldi, there are also important insights to be found in more fleeting elements of American culture—like briefly popular texts from the 20th-century publishing industry.

“For so long, books as a topic of research interest have been divorced from the study of history, and there are gaps in the knowledge of the players and phenomena of the industry,” he said. “Formal intellectual history doesn’t account for things that are more ephemeral, like these very popular texts that quickly fall out of the canon or were never part of the canon to begin with.”

Garibaldi, who joined the faculty of Notre Dame’s Department of American Studies as an assistant professor this fall, focuses his research on American integration and the “fitful de-homogenization” of the U.S. publishing industry from the 1910s to the 1970s.

“It was not just a steady march of progress,” he said. “I try to teach my students that we should think of the past in a way that accounts for contradictions. Things don’t only get better over time—there are setbacks. And, as one thing improves, another is affected.”

He is now working on his first book, tentatively titled Knock on Any Door: The Rise and Fall of Integration in American Culture, 1911–1972. The project traces the publishing industry from its tremendous expansion in the early 20th century, which diversified popular literature, through the Black Arts Movement of the 1960s and early 1970s.

This fall, Garibaldi taught an undergraduate course on integration that explores how America became one of the most racially and ethnically integrated nations in the world.

“We study the challenges the country faced along the way, the difficulties and contradictions in fostering a multiracial society,” he said. “As we think about integration, it then requires us to think about exclusion. We are looking at who is excluded, even as we attempt to foster a more robust democracy.”

The topic could not be more timely in the United States and around the world, Garibaldi said.

“As we look at worldwide issues of immigration and migration, there is the question of how we responsibly help people integrate into other nations,” he said. “Hopefully by looking at American history, some of those things will come to bear on problems that students are seeing at the present.”

Garibaldi will teach a course on American capitalism in the spring and is developing a course for fall 2017, titled The Modern History of the Book. Focusing on the early 19th century to the present, Garibaldi plans to include some new, contemporary voices in the class.

“I want to use the traditional frame of the history of the book and remix the characters, so to speak. It’s not a stodgy history of how publishing hums along as a kind of drawing-room business,” he said. “Instead, it’s one that has people who are far from the rarefied spheres of American life but who also come to read and write and sell books.”

He was drawn to American studies at Notre Dame, he said, because of its interdisciplinary nature and the collegial atmosphere across the College of Arts and Letters.

He also appreciates the University’s commitment to social justice issues

“I think it is unique for a university to have so many people who are compelled by the mission of the institution and who want to engage with the outside world,” Garibaldi said. “I’m excited to teach students who are eager to learn how to make change.”