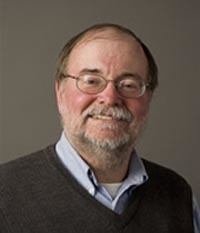 According to University of Notre Dame sociologist Richard Williams, the dramatic improvement of American family housing security thus begun is now jeopardized both by the current economic crisis and misconceptions of what caused it.

Williams marked the 47th anniversary of President Kennedy’s Executive Order 11063 by presenting a discussion paper titled “One Stroke of the Pen” to the Council on Contemporary Families, a national association of family scholars, mental health and social work practitioners, and clinicians.

In 2005, Williams observed, 56.2 percent of Hispanics and 49.4 percent of blacks owned their own homes. While well below the 76.1 percent home ownership rates for non-Hispanic whites, these rates indicated impressive progress for those historically disadvantaged groups. Williams attributed much of that progress “to heightened use of the Community Reinvestment Act (CRA), which encouraged depository institutions to meet the needs of borrowers in all segments of their communities consistent with safe and sound banking practices.”

Acknowledging critics who blame the collapse of the housing market on CRA and other government efforts to promote minority home ownership, Williams argues that “it was not government regulation that paved the way for the current crisis in housing, but government deregulation, which increased the range of products and services that banks and other financial institutions could offer, eliminated interest rate ceilings, and greatly expanded the geographical areas in which individual companies could operate. As a result, the banking industry became far more competitive, attracting new investors, speculators, and financial institutions. There were some positive results of such competition, of course, but there were also some very negative ones. The proportion of loans that were subject to the requirements of the CRA and other regulatory safeguards decreased.”

Assessing the severity of current threats to family housing security, Williams concludes that “it would be tragic if the economic problems caused by irresponsible lending practices caused us to abandon efforts to end discrimination against minorities and to increase residential security for all Americans. New home ownership can still be encouraged by fair interest rates and by programs designed to help people manage their finances. For those who cannot or should not become homeowners, the provision of quality affordable rental housing should be a top priority. Children, families, and communities all fare better when neighborhoods have a stable core of residents who take pride in their homes and have hope for their future.”

Originally published at newsinfo.nd.edu on November 18, 2009.