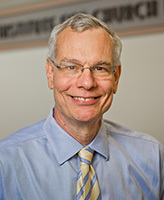 On Sunday, January 12, when Pope Francis announced the names of the 19 men he will soon make cardinals, he also gave some University of Notre Dame theologians an inkling of his vision of the Catholic Church.

“Pope Benedict represented a ‘back to basics’ move theologically, and Francis interprets and represents the same move pastorally,” according to John C. Cavadini, professor of theology and McGrath-Cavadini Director of Notre Dame’s Institute for Church Life. “If we believe that ‘God is love,’ then we should make our pastoral strategy one that translates that basic truth into a readily accessible and visible pastoral strategy of proclamation and action to those most needing to hear it. These appointments seem to conform to such a vision of the new evangelization.”

A member of Notre Dame’s faculty since 1990, Cavadini was appointed by Pope Benedict XVI to the International Theological Commission, an advising body to the Vatican’s Congregation for the Doctrine of the Faith. 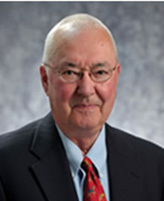 “The list of new cardinals was, by and large, predictable,” says church historian Lawrence Cunningham, emeritus John A. O’Brien Professor of Theology, “but creating a cardinal from Haiti and another from Burkina Faso in Africa indicates two things: The papal preference for the forgotten world of the poor, and a voice within the College that can speak to the cardinals, both residential in the Vatican and those in the Catholic world, that the poorest of the earth have representation in the Catholic Church at the highest level.”

According to Timothy Matovina, professor of theology and executive director of Notre Dame’s Institute for Latino Studies, “Pope Francis’ choices for new cardinals show his concern for the whole Church, with his usual strong emphasis on accompanying the poor in the Church’s life and mission.” 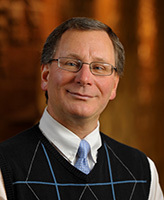 Matovina, who specializes in Latino theology and religion, is the author of the recent book Latino Catholicism: Transformation in America’s Largest Church.